Former WBC heavyweight champion Vitali Klitschko has announced that he tested positive for COVID-19, just a day before mayoral elections in Ukraine’s capital. 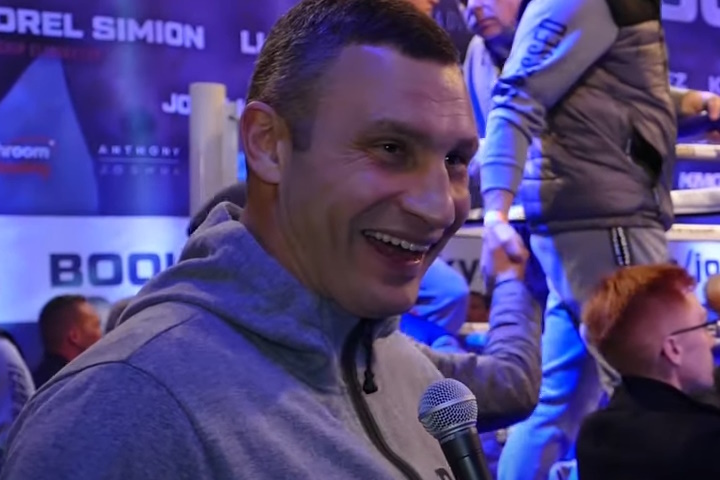 Klitschko is the mayor of Kiev and expects to keep his seat in the upcoming vote.

"Friends, the coronavirus crept in at the most inconvenient moment. Today I received a positive test result. A mayor's work during a pandemic, of course, involves constant risk.... communicating with people, checking hospitals. In particular, I regularly visited infectious diseases wards where patients with COVID-19 are being treated," Klitschko said.

"I tried to be careful. Given the specifics of the work, I regularly did tests. Today, unfortunately, is disappointing. I feel good. But I have to go into self-isolation. I will work from home. Please do not ignore the rules and do not ignore the threat, protect yourselves."

Klitschko was a two-time WBC world champion at heavyweight. He retired from the sport in December of 2013, to fully focus on his political career.

His last fight took place in September of 2012, when he stopped an undefeated Manuel Charr. He was then going to face Bermane Stiverne in a mandatory title defense, but was forced to pull out due to injury.

Klitschko began his political career in 2006 when he placed second in the Kiev mayoral race. In 2010, he founded the party Ukrainian Democratic Alliance for Reform (UDAR) and was elected into parliament for this party in 2012. He was elected Mayor of Kiev in May 2014.

[QUOTE=SinderellaMan;20839083]Lick my ass little boy. With your broke ass[/QUOTE] hard pass but i am sure your boyfriend will oblige mr gay male nurse

Vitali is strong, fights tall and keeps a jab in your face that makes you hate life. What was COVID's handlers thinking? Complete style mismatch if I've ever seen one. Vitali by 12 round shutout with COVID losing a point…

[QUOTE=saopaulo;20838917]I dont give a fuk who you are mufuka and you can take that personal. The inventor of the test kary mullis stated on record the test he invented should not be used to detect a virus. This a nobel…

[QUOTE=SinderellaMan;20838324]The accuracy of the test of any disease can be inaccurate. You will have more false negatives than false positives. He was sick enough to get checked. I have a feeling that a man in his position gets top quality…