Vincent Feigenbutz vs. Jama Saidi Set Down For August 28, Berlin

It's official: Middleweights Jama Saidi (17-1) and Vincent Feigenbutz (31-3) will clash on August 28 at the Havel-Studios in Berlin on an AGON Sports promotion in an all German matchup at middleweight with the vacant IBF Intercontinental title at stake.

For the 24-year Feigenbutz it's his first fight at middleweight after having previously campaigned at super middleweight.

In his last fight he was stopped by Caleb Plant in a fight for the IBF 168-pound title. Feigenbutz previously held the WBA interim title in the same weight division. He came up as a teenage knockout sensation but once the opponents got tougher it was obvious he never really learned how to box over a long distance. 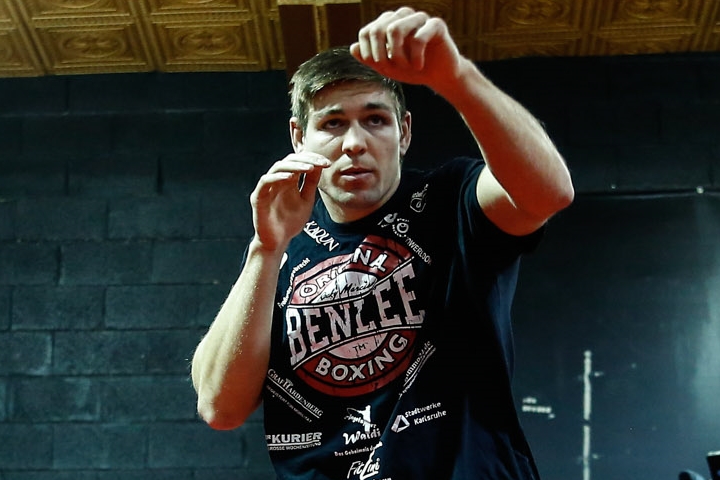 Saidi on his part came up quietly fighting on smaller shows until he was signed and in his first really big fight he lost t Jack Culcay but his talent showed and he was signed up AGON Sports earlier this year.

Saidi vs Feigenbutz joins Jack Culcay vs Abass Baraoui on the same show that features everything the German boxing fan want to see: good matchups, German fighters colliding against each other, an interesting battle between promoters with the new AGON promotional corner (Culcay and Saidi) and the aging (?) Team Sauerland (Baraou and Feigenbutz) in the other.

This is a interesting match up for Vincent Feigenbutz to see, If he learned from the Caleb Plant fight because the style of Jama Saidi is tricky. :boxing: