Vijender Singh Hopes To Resume Career Before Year is Over

Olympian Vijender Singh (12-0, 8 KOs) of India is optimistic that he can resume his career after being inactive since November of 2019.

At 34-years-old, Singh does not have the luxury of waiting around for the COVID-19 pandemic to blow over. 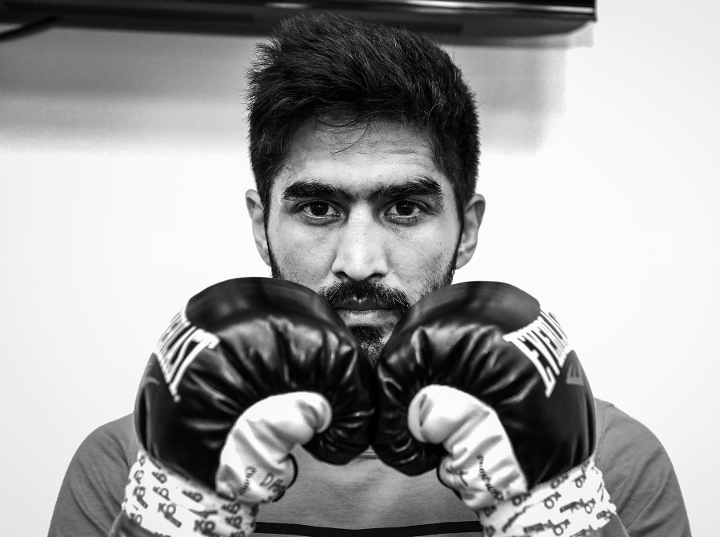 While his amateur success was at middleweight, he's competing as a pro at super middleweight.

He is promoted in the United States by Top Rank and made his American debut under their banner in July of 2019.

“I was supposed to fight in May but that is cancelled for now because of the current situation. But I am hopeful things will improve and I will get to fight later in the year. I think it will work out,” Singh told PTI.

“Obviously, I am at a loss but there is nothing that can be done. So, you just make peace with it and wait for things to normalise. I have everything at home to ensure that I don’t need to step out. I do my training on my own, which is not unusual because I have the luxury of a trainer only when I am in England. The idea is to keep my body in shape for whenever the action resumes. I am doing it at home because in any case, you cannot move out."

Singh is hoping the coronavirus situation gets better in his home country.

“I have spoken to doctors who tell me that we should be testing more people. I hope it is being done. We can only hope that the situation doesn’t get worse, look at what’s happening around the world, it’s scary. So I do raise questions on how we are doing. We all should even if it comes with a bit of trolling, we should not stop asking for better,” Singh said.

“I avoid getting into mass-feeding of people because that would ensure that social distancing goes for a toss, defeating the whole purpose of a lockdown. So what I do is ensure that ration reaches needy families. I am directly in touch with people and reach out wherever there is a requirement."

[QUOTE=The Dominator;20772563]The fact that a bum.like Singh is Indias best ever and is one of the biggest celebrities in their country of billions says it all. They have very low standards and are completely terrible at boxing. Never had a…

The fact that a bum.like Singh is Indias best ever and is one of the biggest celebrities in their country of billions says it all. They have very low standards and are completely terrible at boxing. Never had a single…

[QUOTE=LDBC Slayer;20767729]Vijender has huge marketing potential amongst the untapped Indian Market. I was at his debut show and they were serving Bombay Mix in the stadium and had Bollywood tunes between fights, it was incredible scenes. I don't think he's…

This guy vs Horn Make it India vs Australia sort of fight Put the fight in the Middle East Go!!!