SHOWTIME has released the official trailer and poster for its upcoming award-winning documentary RINGSIDE, premiering on Friday, June 12 at 8:30 p.m. ET/PT.

Filmed over the course of nine years by award-winning director Andre Hörmann, RINGSIDE chronicles the dramatic upbringing of two boxing prodigies and follows the divergent paths they take as they navigate life’s uncertainties on the South Side of Chicago.

Winner of the Silver Hugo Award at the Chicago International Film Festival, RINGSIDE examines the lives of Kenneth Sims Jr., Destyne Butler Jr., and their fathers who train them as they embark on a journey to make the U.S. Olympic® Boxing Team in 2009, and stays with them for the following nine years. Throughout that time, their choices and circumstances change, leading one of them toward a promising boxing career, and the other one through the prison system. 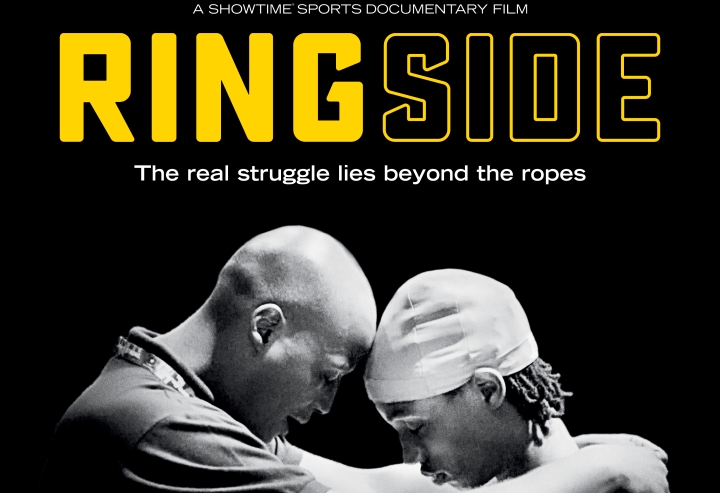 Looks Good! Speaking of Boxing Documentary, Michelle Rosado aka Raging Babe produced a excellent Documentary about "Boxing Moms" I really enjoyed this one as well. Really rooting for the Adorno Brothers after seeing that Documentary!

Yeah. I'll be interested to see that. Good for them at going to the bigger picture - boxing is so often at the pulse of a lot of relevant social concerns, and is a compelling way to view them.

Poverty and drug abuse are causing too many of the youth to be lost. If the politicians can't or won't fix the problem then the people have to get together to do something about it.