Russia’s Provodnikov (25-4, 18 KOs) and Molina (28-6, 23 KOs) of Covina, Calif., clash in an eagerly awaited matchup in the main event. Provodnikov, a former WBO Junior Welterweight World Champion, was involved in the Fight of the Year in 2013 with Tim Bradley; former world title challenger Molina was in the 2014 Fight of The Year with Lucas Matthysse.

A can’t-miss co-feature at Turning Stone Casino will match unbeaten former 154-pound world champion and 2008 U.S. Olympian Demetrius Andrade (22-0, 15 KOs), of Providence, R.I., against Willie Nelson (25-2-1, 15 KOs) of Cleveland, Ohio, in a 12-round WBC Super Welterweight Title Elimination bout. The telecast will begin with a 12-rounder for the vacant WBC lightweight world championship between undefeated No. 1 ranked Dejan Zlaticanin (17-0, 10 KOs), of the Southeastern European country of Montenegro, and Franklin Mamani (21-2-1, 12 KOs) of Bolivia. 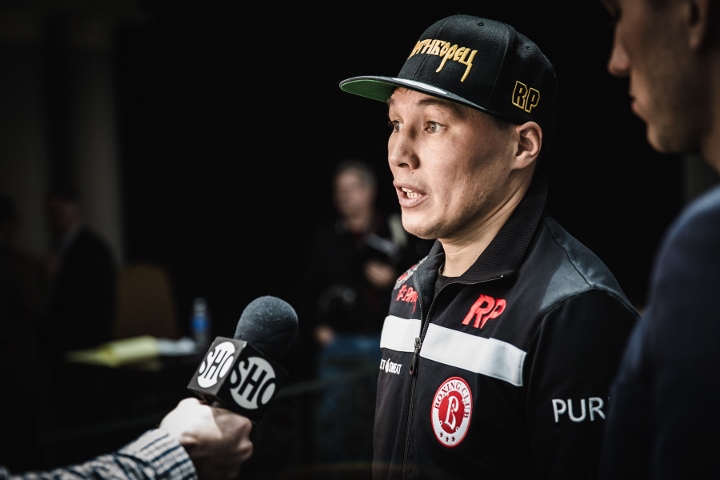 Tickets for the live event, which is promoted by Banner Promotions, Inc., are priced at $85, $60, $45 and $35 and are on sale now. Tickets can be purchased in person at the Turning Stone Box Office, by calling 877.833.SHOW, or online at Ticketmaster (www.ticketmaster.com).

If Ruslan is anything, he's consistent. Molina is so hit and miss, I'll have to predict Provodnikov by decision. Hesitant to call TKO, I think John is too rugged to get put away in this one.