In their first bout, which took place at the Barclays Center in Brooklyn, Wilder stopped Ortiz in the tenth round. Wilder dropped Ortz in the fifth, Ortiz had him in trouble during the seventh round round, but Wilder rallied back and dropped him two more times in the tenth for the knockout.

There wasn't much action in the first round. Wilder was pawing with the jab, but Ortiz landed a few hard punches. Ortiz sustained a cut around his temple from a clash of heads. Not much action in the second, as they continued to be cautious of each other. 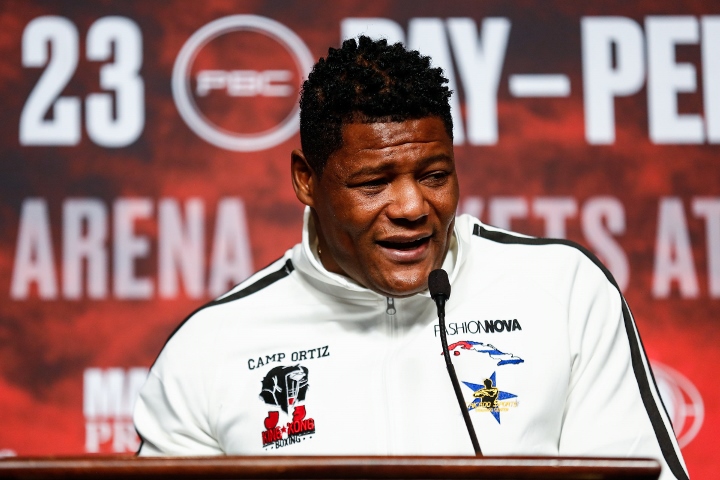 The third was close. There wasn't much to separate the two boxers. Ortiz was going to the body more often. During the fourth, Ortiz was unloading with punches to get the crowd excited. Wilder did not appear to be fazed by the shots.

Both fighters were letting loose with a good jab. Ortiz was outboxing Wilder, who did land a good left but didn't do much more. Wilder edged the sixth, but not by much. Wilder was getting more active in the seventh, throwing and landing more punches. At the end of the round, Wilder landed a big right hand that sent Ortiz down for the full count.

[QUOTE=Noelanthony;20208403]Luis Ortiz came to the ring as King Kong left the ring yet again,Bubbles Michael Jackson pet monkey. You could have taken on Joshua for more money and probably won the belts or stood more chance. Ortiz really fu#cked with…

These fights where one has a reach advantage seem to almost always end up with the reacher winning. You could see Ortiz trying to get past that advantage but it always costs and at that level you can't give away…

I don't know but Ortiz should be set for life financially. But jugging from the disappointment he displayed, it wasn't about money for him.

What's next for Ortiz now? He's 40 (?), he's gotten two shots at the belt, getting knocked out twice. I say take this payday, invest in property and a business, and hang 'em up.