Video: Dulorme on Being a Free Agent, Wants Vargas Rematch

In the co-feature, Xavier Martinez (14-0, 10 KOs) of Sacramento, Calif., put on a clinic in recording a third-round TKO over John Moralde (21-3, 11 KOs) in a scheduled 10-round super featherweight bout. 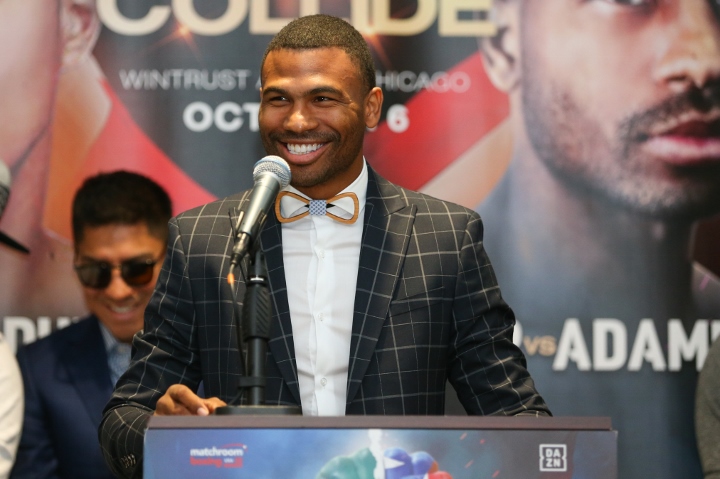 After dominating the first two rounds, Martinez sent Moralde to the canvas with a short left hook, Moralde quickly jumped to his feet but appeared dazed. After 20 seconds and another onslaught of punches, referee Tony Weeks had seen enough and he officially waved off the fight at 1:11 of the third round.

In the telecast opener, 21-year-old Las Vegas prospect Andres Cortes (11-0, 6 KOs) scored a unanimous decision over Baltimore’s Jahmal Dyer (9-2, 5 KOs) in an eight-round super featherweight bout, despite Dyer sending Cortes to the canvas after a flash knockdown in the fourth round. The scores were 78-73, 79-73, 78-74.