Andy Ruiz Jr. and Anthony Joshua were on the second leg of their promotional tour for their world heavyweight title rematch in Saudi Arabia with a news conference in New York City on Thursday. (photos by Ed Mulholland)

Groups like Amnesty International have raised concerns over the decision to stage the Dec. 7 fight in Saudi Arabia in light of its human rights record, saying the kingdom will use one of sport’s biggest events to help cleanse its image. 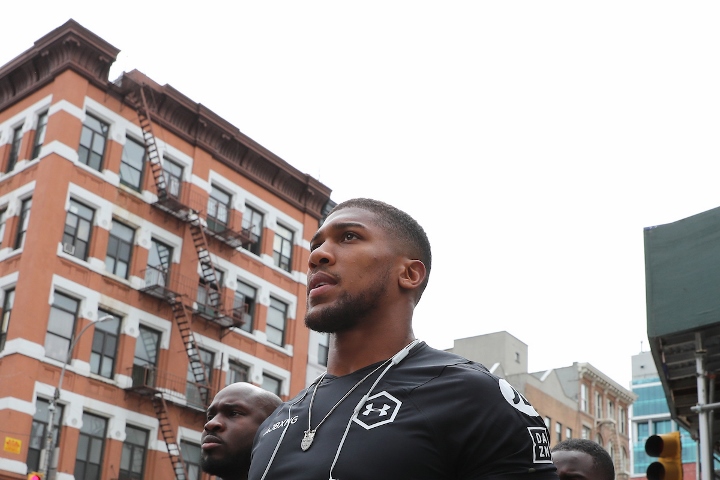 Joshua, who lost his IBF, WBA, IBO and WBO belts in a surprising loss to Ruiz Jr. in New York in June, said it was a “blessing to be in Saudi Arabia” and that he never thought he would fight outside his native Britain or the United States.

Lol.. A miscommunication? U thought the ref was going to wash off ur mouthpiece before allowing u to continue? Wtf... U deliberately spit it out punk!!! U quit! no mas! This man is full of excuses now! And anyone who…