'Vicious' Victor Ortiz has raised his hand to face the comebacking Marcos 'Chino' Maidana in a rematch.

The two welterweights collided practically 10 years ago in a thrilling battle.

The bout took place in June 2009 - and Ortiz was the big favorite and being pushed as a rising superstar. Maidana was unknown and fighting in the United States for the first time. 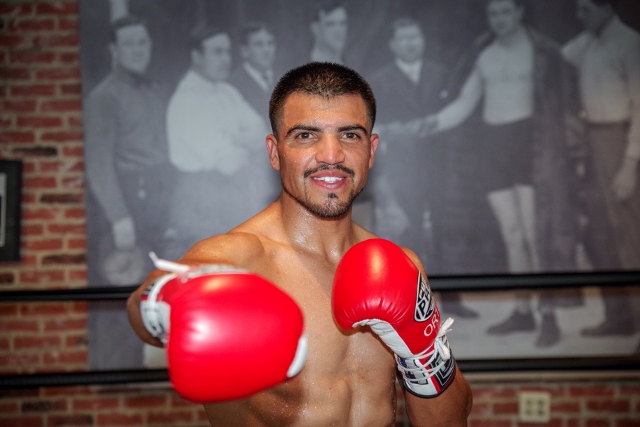 Maidana and Ortiz both scored knockdowns in round one. Maidana went down twice in round two. And then Maidana dropped Ortiz in the sixth to finish him off.

Since their meeting, both have captured worlds title, both headlined and lost in high-profile pay-per-view bouts with Floyd Mayweather, and they share a few common opponents. Ortiz has a knockout loss to Josesito Lopez, who Maidana knocked out two fights later. And Maidana has a lopsided decision loss to Alexander.

Ortiz (32-6-3, 25 KOs) has not fought since he went to a draw with Devon Alexander in February 2018, and believes that facing Maidana (35-5, 31 KOs) would be a great idea for both of them in search of a new position in the welterweight division.

"I'd have to make the fight soon, Marcos is a great fighter, it was my first defeat, so I have to get in there again to make it 1-1," said Ortiz to TV Boxeo. "Chino is a great boxer, a rematch after ten years, why not?"

Maidana is currently preparing for his anticipated ring return. The former two division world champion has been out of the ring since September of 2014, when he lost a twelve round decision to Mayweather.

He became very overweight during his long retirement stint, but he's been training in camp with conditioning coach Alex Ariza and there is a lot of progress being made, with Maidana losing pounds by the week. No firm date or location has been set for his return. Maidana wants to fight at least three times in 2019.

No thanks. Ortiz, Berto and Alexander should retire, no need to see this guys anymore. maidana should stay retired. he lost 5 years, no need to come back at 36.

[QUOTE=killakali;19683545]The PBC loves recycling shot fighters. Which is why they still have guys like Alfredo Angulo, Sakio Bika and recent signee Yuriorkis Gamboa, etc. At 147 they can take recycling to a whole other level. Put Victor Ortiz, Devon Alexander,…

[QUOTE=JcLazyX210;19684058]Ohhhhh Victor Ortiz. You had the world at your hands potentially. Golden Boy did a great job promoting you back in those days. Who was the bigger disappointment Ortiz or Vargas?[/QUOTE] ODLH was the biggest disappointment for allowing Haymon to…

[QUOTE=JcLazyX210;19684058]Ohhhhh Victor Ortiz. You had the world at your hands potentially. Golden Boy did a great job promoting you back in those days. Who was the bigger disappointment Ortiz or Vargas?[/QUOTE] [B]Bojado was the Biggest![/B]

If Maidana comes back in good shape and fights Ortiz again, he will stop him again.