A good day for Justin Thomas was anytime he could make a difference in the lives of anyone with whom he came in contact.

That warm feeling was taken in an instant as Labor Day weekend came to a close.

The aspiring light heavyweight contender was murdered overnight in his hometown of Baton Rouge, La. The incident took place in the early hours of Tuesday morning, as Thomas was shot while walking to his car a block away from Benny’s Bar and Lounge, where he had spent a portion of his Monday evening. 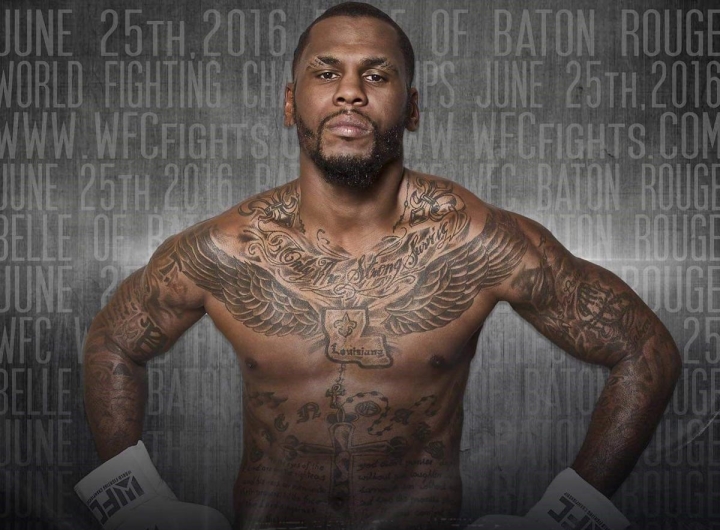 He was still alive and fighting for his life when discovered in a nearby field, at which point he was transported to the hospital for emergency care.

Thomas was pronounced dead soon after arriving at the hospital, which local authorities notified BoxingScene.com resulted in the second homicide in the area over the holiday weekend.

According to Baton Rouge Police Department spokesperson Sgt. L’Jean McKneely, noted that the matter is under investigation, although detectives have yet to identify suspects or motive for the horrific crime.

“JT was loving and never hesitated to show his affection for his people,” Derek Major, Thomas’ manager told BoxingScene.com of his longtime client and close friend. “He’d always tell me, ‘I love you Big Bro’ whenever he saw me, as he did so many other folks.”

Thomas turned pro in 2012, shortly after relocating to Baton Rouge from Houston, Texas. The return home in came after his mother suffered near-fatal injuries sustained in a car accident, requiring 24-hour care during her recovery process.

From there came an honest pro career, one that perhaps didn’t live up to early expectations but where he always gave a respectable account of himself. Thomas was a fixture on the local circuit, often appearing in the long-running World Fighting Championships (WFC) series at Belle of Baton Rouge Casino, which housed 16 of his 24 pro bouts.

As familiar was Thomas’ face on the local scene, so too was his signature look.

“Man, he loved those white earphones,” Major noted. “He’d wear them to every function.”

Thomas ultimately suffered losses in four of his last five ring appearances. He managed to give Mike Lee all that he could handle in an eventual majority decision defeat in Feb. 2017, two years before Lee would go on to challenge for a super middleweight title.

The final pro fight of his seven-year career came this past June, dropping a competitive 12-round decision to super middleweight prospect Eric Moon in Elkins, West Virginia.

His impact on the community extended far beyond the ropes. A troubled youth by his own admission, Thomas returned to Baton Rouge as a man with purpose, determined to better the lives of those around him from close family members to strangers who would eventually become his friends.

“I try to use the things that used to get me in trouble to better myself,” Thomas told BoxingScene.com during an interview in 2015 when he was still an undefeated super middleweight prospect. “I work with troubled kids. Just because you start off on the wrong foot doesn’t mean you can’t turn things around.”

Sadly, most guys get their lives taken in their hometown...a sad and disgusting trend that's as old as time, I swear. This man had to take care of his mom, which I'm sure was the ONLY thing that kept him…

May He R.I.P..Sad to see this type of news, especially when it's someone who was actually doing something for the community & the kids.