Uzcategui: Maybe Now Other Champs Will Have Guts To Fight!

Jose Uzcategui (28-2, 23 KOs), the IBF super middleweight world champion, moved up to light heavyweight for a non-title bout while he awaits his first title defense. He took care of business and won a clear unanimous decision against Ezequiel Maderna on Friday evening at the Oracle Arena. Scores were 100-90, 100-90, and 98-92.

Maderna was a late replacement after several other planned fights fell through for the hard puncher.

Next up for Uzcategui is a return to 168 pounds, where he will defend his world title. 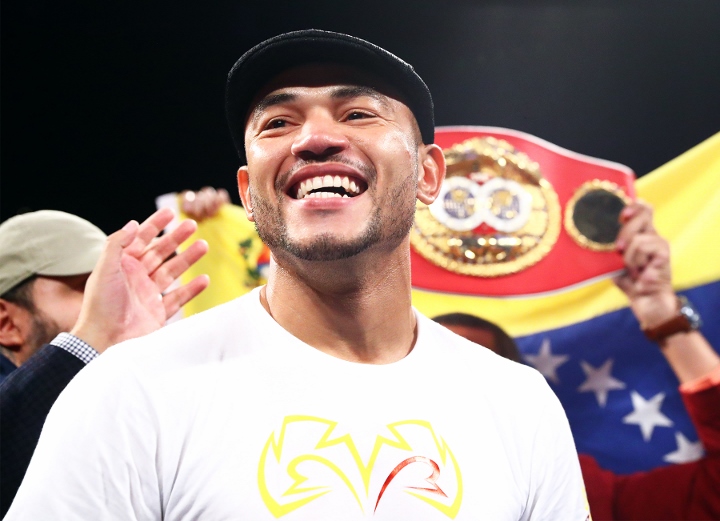 The IBF had initially ordered James DeGale to make a mandatory defense against Uzcategui.

DeGale went in another direction, by vacating the title - which made the sanctioning body to elevate Uzcategui to the status of "full champion" - after he captured the interim-title with a knockout of Andre Dirrell earlier this year.

Once he became the full champion, the sanctioning body ordered him to make a mandatory defense against undefeated Caleb Plant.

That fight was ready to go, and then Plant withdrew with an injury - which led to the champion's decision to face someone like Maderna.

Uzcategui did not look overly impressive against Maderna and he never had him in serious trouble - and Uzcategui now hopes that his less than stellar performance will persuade some of the other champions to fight him.

“I just played around and got some rounds," Uzcategui said.

"Now that I didn’t get the knockout, maybe the other champions will have the guts to fight me.”

* Right hand put Carlson down for the 10-count

you should have had the balls to enter the wbss. i promise you that mundo sparks you out

He should be lucky that he's in that sorry ass division, he's not that good