Being in isolation will be easy for Oleksandr Usyk as he prepares for what he hopes will be a May 23 date with Dereck Chisora.

While many across Europe are being forced to self-isolate, Usyk says he is looking forward to some solitude in training camp and says one of the reasons for taking the fight with Chisora was to have a break from family life.

“I will be isolated for my training camp, I always am,” he said. “But every Sunday I will spend time with my family and go to church.

“I love boxing and I don’t need much rest. I have my wife and three children and plenty in my life to keep me busy and help me rest.

“I love spending time with my family but I am probably even more relaxed in my training camps.” 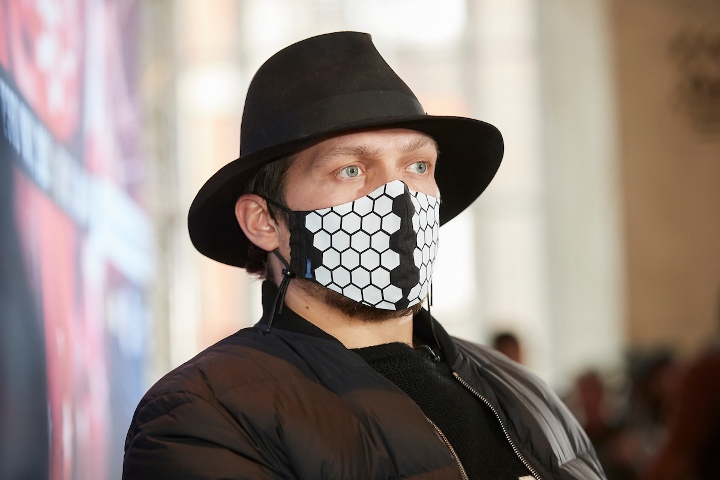 Usyk was in London last week for the fight, due to be at the O2 Arena, London, on May 23. That was before serious travel restrictions were put in place in the UK.

“I have not really thought too much about the effect of the virus on the fight and my training, Thursday night was the first time I really thought about how it might cause some problems.

Usyk, the former undisputed world cruiserweight champion, will be having his second fight at heavyweight if the fight goes ahead.

As the WBO’s mandatory contender, it was a fight he didn’t need to take, as he could have just waited for his chance to face Anthony Joshua, the WBO, WBA and IBF champion. But the Ukrainian insists that was never an option.

“These sort of challenges motivate me,” Usyk said. “He is a really big guy and he hits hard but I will train hard and be in my best shape because I love boxing very much. He is a little bit better than when he faced [Vitali] Klitschko

“I do not think about Anthony Joshua or Tyson Fury. I only think about my training camp and my job.”

Usyk is still settling into life as a heavyweight and says he is not sure what his ideal weight is yet.

“I feel more power [taking punches at heavyweight],” he said. “I put extra weight on my body when I train in the gym and I don’t feel as flexible or sharp as I should but that is only because of the hard work.

“When it comes to sparring and boxing, me and my team will decide on the optimum weight for me to fight at. I will stay on that weight and it will be ideal for my movement because that is my main skill.”

He is no stranger to boxing in London. He won his Olympic gold medal here in 2012 (the same year Chisora lost to Vitali Klitschko in his only world title shot) and beat Joe Joyce in a World Series of Boxing bout over five rounds at York Hall in 2013.

“I love, love, love this city and country,” Usyk said. “I love my own country most but this comes second.”

At 33, he has had no thoughts about retirement.

“As long as I am motivated to get up at 5am to train and work hard, I will box,” he said. “The moment I feel I don’t want to get out of bed, I will start thinking about finishing my boxing career and starting on my Hollywood movie career.

“I will become an undisputed two-weight champion. I have a dream.”

Usyk better don't underestimate Chisora. A true train motivate Chisora, have the tools to upset Usyk. Be careful, underdogs are rising their game in early 2020. :boxing:

the truth of the matter is, no-one knows how this fight will turn out. whoever wins, i will not be shocked. can usyk handle a dogfight from a natural hw? usyk isnt that big of a man, you can talk…

Usyk has to show 2 very simple, common sense things at HW: Can he deliver a punch with power enough to keep his opponents honest at this division, all much bigger than at CW? Can he handle the MASSIVE power…

I'm back! I took a hiatus from boxingscene after bird legs lost. I truly didn't see that coming. Now I'm a believer in Fury and really appreciate his character and antics- truly a stand up guy. Anyways, I hope Usyk…