Krzysztof Glowacki is officially a two-time cruiserweight titlist—this time, without any of the drama that came with claiming his first crown.

In the wake of Oleksandr Usyk slowly severing ties with the cruiserweight division, the World Boxing Organization (WBO) has become the latest sanctioning body to declare it time to crown a new 200-pound king. The natural replacement was the man whom already holds the interim title. 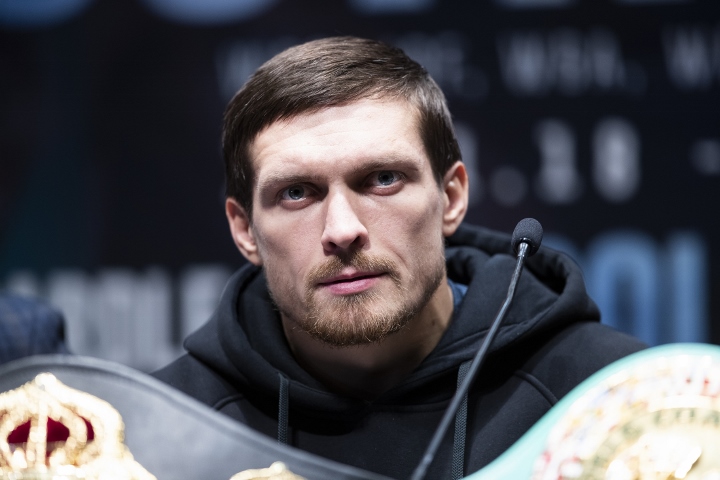 The transition is a smooth one, as Glowacki already has a fight scheduled versus former World Boxing Council (WBC) cruiserweight titlist Mairis Briedis. The two will collide on June 15 in Riga, Latvia, headlining a World Boxing Super Series (WBSS) cruiserweight semifinals doubleheader live on DAZN.

The bout will serve as the first defense of the new reign, without fear of having to take on a mandatory challenger anytime soon.

“The WBO will sanction (Glowacki versus Breidis) as a voluntary title defense,” ruled Valcárcel of the pairing of former Usyk opponents.

Glowacki (31-1, 19KOs) won his first title in an epic thriller, trading knockdowns with Marco Huck before stopping the long-reigning titlist in the 11th round of their Aug. 2015 war. The bout was universally hailed as high among the best fights of the year, in addition to the feat leaving Huck tied with Johnny Nelson for the most title defenses in divisional history.

Just one successful defense would come of Glowacki’s reign—a 12-round decision over former lineal champ Steve Cunningham in April 2016—before losing the title to Usyk via decision later that September.

Five wins have followed, including a 12-round decision over Maksim Vlasov in their interim title fight last October in Chicago, Ill. The bout came as part of the quarterfinals round of the WBSS season two cruiserweight tournament, on a show which also saw Briedis (25-1, 18KOs) advance, albeit in far more controversial fashion.

The former titlist was considered fortunate to have escaped with a 12-round decision over Noel Gevor. Despite the uproar, the decision was upheld in marking Briedis’ second win since suffering his lone career defeat which came in a WBSS season one semifinals loss to Usyk last January in his Riga hometown.

Usyk went on to claim top honors in the tournament, soundly outpoint Murat Gassiev last July in a finals bout which had all four major cruiserweight titles at stake. One more defense followed, an 8th round knockout of former titlist Tony Bellew last November in Manchester, England before deciding to embark on a heavyweight run.

A torn biceps injury has postponed his debut at the new weight, but it hasn’t prevented the sanctioning bodies from reclaiming their belts. The World Boxing Association (WBA) has already relieved Usyk of his “Super” champion status earlier this year after he declined to honor a mandatory title defense versus former titlist Denis Lebedev.

Earlier this week, the WBC declared Usyk “Champion in Recess”. Though not outright stripping him of the title, it expected for the full version of the belt to be made available in the June 15 chief support between top contenders Yunier Dorticos (a former titlist and WBSS Season One semifinalist) and unbeaten Andrew Tabiti.

The two will also contend for the interim version of the 200-pound title recognized by the International Boxing Federation (IBF), as the New Jersey-based organization will likely make a ruling following their bout on whether to keep Usyk as champ or also move on from the unbeaten Ukrainian southpaw.

[QUOTE=Godsfly;19807729]Also uysk is older then fury.......time is ticking. After he is healed he seriously needs to get to work. The guy isn't getting any younger with all of this waiting around.[/QUOTE] Exactly! On top of that, belt holders are gonna…

Usyk vs the winner among Dubois and Gorman! And then (the winner) vs Wilder.

Also uysk is older then fury.......time is ticking. After he is healed he seriously needs to get to work. The guy isn't getting any younger with all of this waiting around.

[QUOTE=-Scott.Weiland-;19807704]I’m at a total loss here why is he still holding any belts when he’s already fighting at heavy next and intends to continue at the weight going forward. Shyt like this pisses me off, it stalls the division and…

I’m at a total loss here why is he still holding any belts when he’s already fighting at heavy next and intends to continue at the weight going forward. Shyt like this pisses me off, it stalls the division and…