Usyk Would Be Interested in Facing Chisora - Even Without a Title

According to Egis Klimas, the manager for heavyweight contender Oleksandr Usyk, there would be interest in facing Derek Chisora - even without a world title at stake.

Promoter Eddie Hearn, who works with both boxers, had previously stated that he could see the contest taking place for the vacant WBO world title.

Usyk is the WBO's mandatory challenger, which puts him in line to fight the winner of Andy Ruiz vs. Anthony Joshua - who battle for the WBO, WBA, IBF, IBO world titles on December 7th in Saudi Arabia. 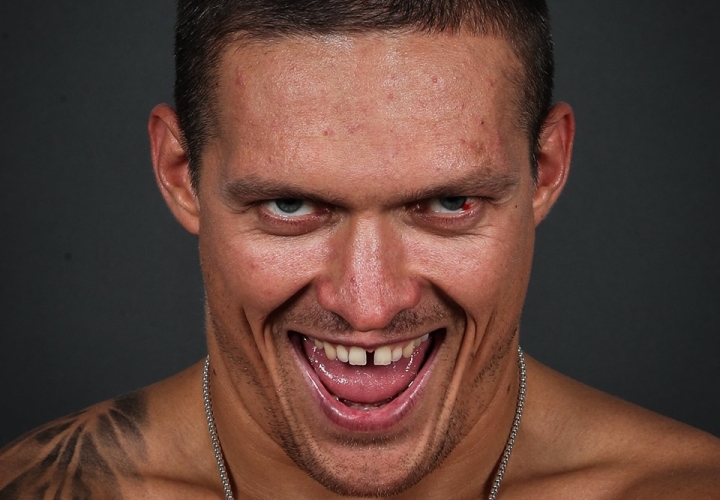 The winner of Ruiz-Joshua is also bound to make a mandatory defense against top rated IBF challenger Kubrat Pulev.

According to the IBF, their mandatory is first in line - and the WBO's obligation will have to wait.

Title of no title, Klimas views Chisora as a worthy opponent to avoid a long stint of inactivity.

"We don't know what happens on December 7. But if it is possible to fight in between and not to wait for another six months, I think Chisora will be a good fight for Usyk," Klimas told Sky Sports.

Usyk, who unified the entire cruiserweight division in 2018, made his heavyweight debut last month with a seventh round stoppage of Chazz Witherspoon. After the fight, he gave Hearn his marching orders to secure a world title fight.

Pulev was in action this past weekend, when he won a ten round decision over Rydell Booker to stay busy in Fresno, California. Afterwards he called for a fight with the Ruiz-Joshua winner.

A deal will have to be reached with either Pulev or Usyk to step aside.

[QUOTE=techliam;20183877]Not sure about the details of this case But the issues with this usually stem from the IBF granting a mandatory exception so a rematch can happen, as long as the IBF mandatory is next. If the WBO were already…

[QUOTE=ShoulderRoll;20183399]There has been a rotation system in place for doing heavyweigh title mandatories. I don't get why Hearn keeps saying that both the WBO and IBF mandos are due at the same time. Just stick to the rotation.[/QUOTE] Not sure…

[QUOTE=jackblack008;20183176]Only Fury can defeat Usyk. Wilder would look like an idiot in front of him[/QUOTE] But wilder already Ko'd fury so bad, he gave up boxing for WWE.

[QUOTE=skinnystev;20183075]chisora has been knocked cold by haye & whyte beaten and stopped by tyson fury chisora is a cherry pick for usyk[/QUOTE] Lets look a little more carefully. Chisora was competitive in those fights, and has been competative in most,…

[QUOTE=Andrij;20183068]Usyk will not step aside. He wants to fight a World Champ as soon as possible. He is doesn't have a loser mentality like those who take step aside money. Just keep in mind : Usyk is Olympic Gold medalist,…