Usyk Hints That He'd Be Open To Fury vs. Joshua Step-Aside Deal

Earlier this month, Joshua retained his titles with a knockout of IBF mandatory challenger Kubrat Pulev.

Usyk has been pushing for his mandatory shot - but Joshua is focused on finalizing a highly lucrative fight against Fury in 2021. 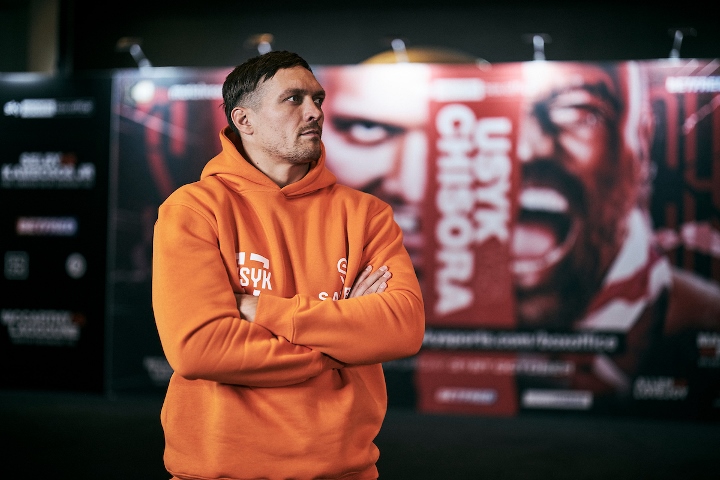 But, in order to have the WBO title at stake in a Fury-Joshua showdown - a deal will have to be worked out with Usyk.

And the Olympic gold medal winner is open to entertaining a step-aside deal.

"All four belts might end up in the same hands of one person. It might be a once in a lifetime opportunity. We should all talk and communicate for that to happen because it is a really big event," Usyk told The Sun.

"I still want to fight Anthony Joshua for the title. There are many factors for this fight to happen, my team and all the participants and all their interested parties are already working on it. But there are still many people who wish to fight him as well, like Tyson Fury."

If a deal is not worked out, then Joshua will be forced to either vacate the belt or satisfy his mandatory obligation by facing Usyk.

Egis Klimas, manager of Usyk, does not want Joshua to vacate.

"Giving up the WBO belt means that Anthony Joshua is scared to fight Oleksandr Usyk," Klimas told BoxingScene.com. "It means he sees a big risk fighting Oleksandr Usyk and losing.

"That’s what it tells me. If Anthony Joshua is 100 percent sure he can beat Oleksandr Usyk then it’s a different story. But if he is not sure, of course, he can give up the title."

[QUOTE=DougalDylan;20963214]I was aware that it was at cruiserweight but I don't think him beating another blown up cruiserweight he's already beaten proves much given how dominent he wasta cruiserweight. I'd rather see Hunter vs a bigger heavyweight. I'd watch Joyce…

[QUOTE=Angeljuice;20963536]As they will be from a British account, it is spelled 'cheques'.[/QUOTE] :lol1: Actually, it could be 3 'cheques' 1 for stepping aside 1 for the actual fight 1 for a fight before the fight

Sooooo he wants to face the winner off the heavyweight championship unification bout then in that way he can have an easier time trying to get a fight made with one champion instead off multiple ones? Smart move it appears…

Usyk is probably taking good step-aside money from Hearn. Plus this gives Usyk additional time to adjust to HW. Usyk is rated #2 in WBC & WBA rankings, also #3 in IBF WBC he doesn't want to touch as Fury…