Premier Boxing Champions on FOX returns this week with a special Sunday edition. Top welterweight contender Yordenis Ugas (25-4) faces Abel Ramos (26-3-2) in the main event with the vacant WBA world welterweight title at stake. All of the PBC on FOX and FS1 cards take place at the Microsoft Theater in Downtown Los Angeles in a fanless environment during the current COVID-19 pandemic.

Like other fighters who have fought during the pandemic, Ugas has had to make a lot of adjustments to his training camp to help prevent him and his team from catching the highly contagious virus.

"Everything has changed, the sparring and everything. We have to be very careful in training camp. It isn't easy but we have a job to do and get ready for my fight this week," Ugas stated in a recent "Live" session on Premier Boxing Champions' Instagram account. 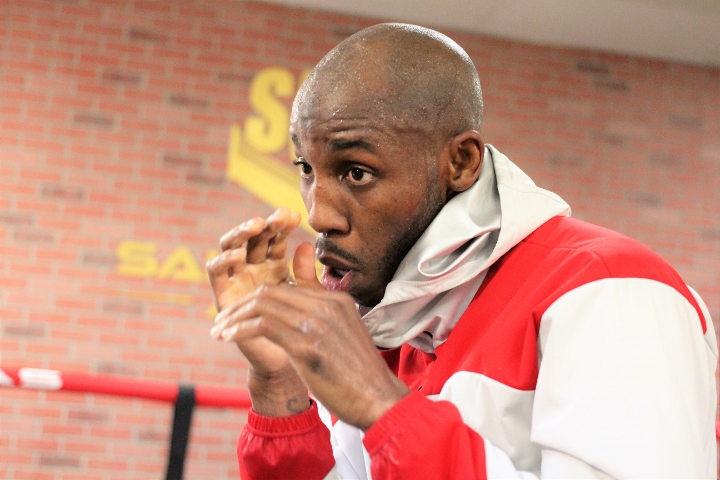 The 34-year-old Ugas has a lot of respect for his hard hitting opponent.  In his last ring appearance, Ramos pulled a rabbit out of his hat, stopping Bryant Perrella at the end of the 10th and final round of a bout he was way behind on the scorecards.

In his last fight which took place in February, he stopped a badly overmatched Mike Dallas in 7 rounds. It was his second win in a row since a controversial split decision loss to then WBC welterweight champion Shawn Porter.

If everything goes well on Sunday, the Las Vegas based Cuban hopes to get back in the ring against another top level opponent in the stacked welterweight division.

[QUOTE=CubanGuyNYC;20746243]Haha I love Irish coffees. Haven’t had one in years, though. Something about that combo of whiskey and caffeine causes a chemical reaction that produces an effect like being on acid. Lol That day buzz is great. But it’s something…

[QUOTE=Beercules;20746003]Today I put Jameson in my coffee and been day drinking with my friend :lol1: tomorrow he is throwing a BBQ. RIP liver[/QUOTE] Haha I love Irish coffees. Haven’t had one in years, though. Something about that combo of whiskey…

[QUOTE=Beercules;20746003]Today I put Jameson in my coffee and been day drinking with my friend :lol1: tomorrow he is throwing a BBQ. RIP liver[/QUOTE] Ahhhhhhh good times More of a Jack guy myself And totally love that day buzz lol

[QUOTE=MulaKO;20745892]Have you started getting whacked already Beercules Sunday is a long way Lmfao Mind you , I’d be right by your side[/QUOTE] Today I put Jameson in my coffee and been day drinking with my friend :lol1: tomorrow he is…