Top welterweight contender Yordenis Ugas returns to the ring this coming July 20th, as part of one of the most anticipated cards this year.

As BoxingScene.com first reported several days ago, Ugas will see action at the MGM Grand in Las Vegas, where he will measure himself against undefeated Omar Figueroa.

Their fight will be part of the card that features the anticipated main event between WBA welterweight champions Manny Pacquiao and Keith Thurman. 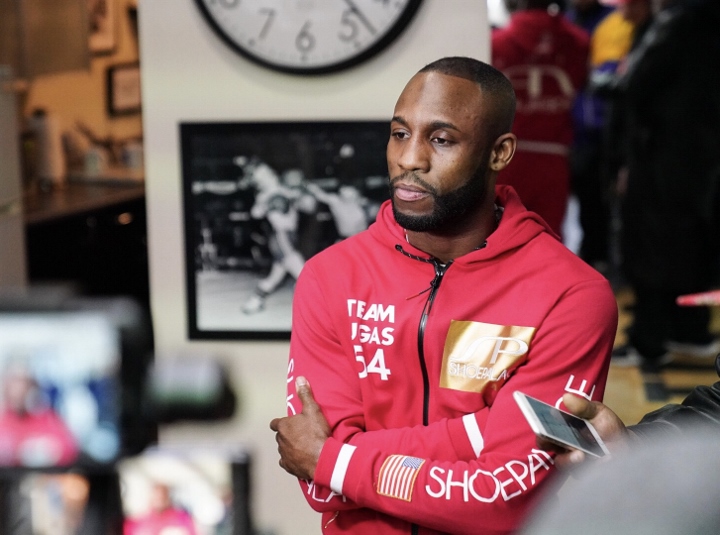 In his last fight, on March 9th in Carson, Ugas (23-4, 11 KOs) lost what some felt was a controversial twelve round split decision to World Boxing Council welterweight champion Shawn Porter.

Now the boxer and his manager, Luis DeCubas Jr., hope a win over Figueroa will lead to a new world title opportunity.

"Yordenis remains in the elite of the division and that is confirmed by the fact that he will fight on the most important card of the season," said DeCubas Jr. to George Ebro. "If he beats Figueroa, he returns to the conversation for another world title shot.

"Everyone knows that Ugás did not lose against Porter. This is his chance to keep growing, to show everyone what a great fighter he is."

Born in Texas to Mexican parents, Figueroa Jr. (28-0-1, 19 KOs) comes in on the back of a unanimous decision win on February 16 in Los Angeles over John Molina.

Ugas has commented on the fact that he considers the outcome of his last outing unfair, but he's eager to push forward to each the top of the division.

"We're going to keep trying," Ugas stated. "I am a religious person and I am grateful for the things that have happened. With everything that happened, I should not be here, in this position, in the elite of sport. We are in a great fight [with Figuerpa], very tough and competitive against an undefeated fighter, and it will be a great night of boxing. Let's do it."

Omar is the best inside fighter at 147. Ugas is a sleek slippery skilled fighter with good amateur background. If Ugas is able to move well, he will win by decision.

Ugas should get Porter rematch anyway before Porter moves forward. I felt like Ugas won the fight.

I hope Figueroa is back to the level he had before the AB fight got cancelled, many thought he wouldve stopped AB

Ain’t a big PBC fan but this card fire... Already booked my room @ Aria just waiting for the tix to be release...