Ugas: 100% I Want Porter Rematch, I Thought I Won The Fight

By the time the final bell sounded to end his first career title fight, Yordenis Ugas thought for sure he found the perfect capper to an already remarkable comeback story.

The Cuban export proved to be a handful for defending welterweight titlist Shawn Porter, to where viewers were torn on the outcome of their Fox-televised main event Saturday evening at Dignity Health Sports Park in Carson, Calif.

The judges were equally as undecided in the night’s winner, eventually landing on a split decision in favor of Porter (30-2-1, 17KOs), who lodged the first successful defense of his second welterweight title reign. The decision was met with a chorus of boos from the sparse but vocal crowd who believed Ugas did enough to win the fight and the title. 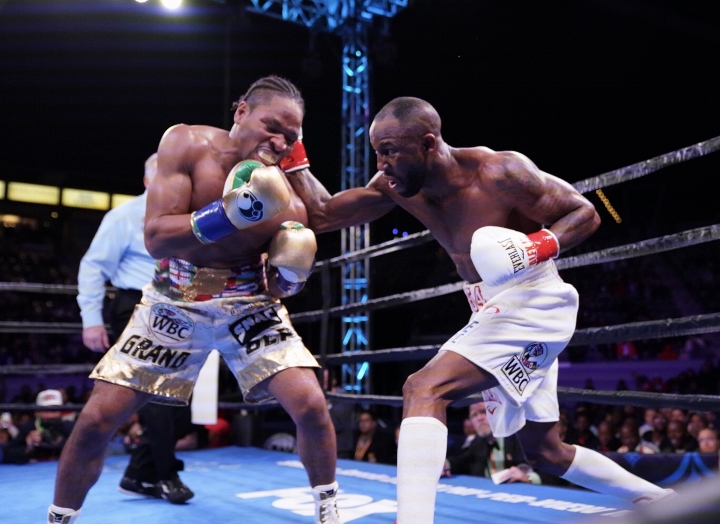 Such public perception was right in line with how the dejected challenger felt by night’s end.

“Even when they announced “split decision” I thought they were still going to give it to me,” Ugas (23-4, 11KOs) told BoxingScene.com’s Rahim Davies after the loss, which ended his eight-fight win streak dating back to his ring return in 2016. “I didn’t think they were going to rob me (on Saturday).

“I think the judges and the referee made a terrible decision tonight.”

DeLuca’s card of 115-113 was among the most common score for anyone who had it for Porter, but he got there by somehow awarding round 12 to the defending titlist—a round where Ugas was wrongly denied a knockdown instead ruled a slip by referee Jack Reiss which could’ve won him the fight outright.

Still, he is firm on his stance that it shouldn’t have even come to that.

“I expected Shawn Porter to fight back more and defend his title,” noted Ugas, who was the perceived aggressor throughout. “He didn’t engage at all. It only goes to show my power and my strength. I thought I won clearly, I thought I won more rounds and I just feel it was a terrible decision.

“You can always do more in everything in life, but I feel like I did enough to win the fight.”

Instead, he’s forced to ponder what could’ve been while he holds out hope for what might next occur.

“100% I would love a rematch. I want to fight Shawn Porter again and prove that I am the better fighter.”

I use to be one of Porter's fans... I also thought Ugas won this fight... But I guess Cubans aren't "loved" in the U.S. In short: Ugas doesn't get any rematch here...

[QUOTE=Code Red;19572623]Spent too much time talking and staring at Porter instead of hitting him maybe next time you'll actually take initiative and throw punches. Porter had to initiate every exchange which is why he won the fight.[/QUOTE]Ugas did the neccessary…

Beat a guy. Get robbed and now YOU have to ask for a Rematch...and possibly get ROBBED again!!! Boxing sux like that!!!

[QUOTE=BOXING-SCRIBE;19572735]So how did Porter win the belt from Garcia? Lol..Porter is a bum and his peeps are ass kissers..1st his pops comes out with a WBC outfit against Swift then he is rocking a WBC charm like that's his rap…

[QUOTE=genrick;19573132]If you're the challenger, you can't afford to be complacent, [B]you can't just pose, wait and counter[/B], especially when the belt-holder plays the same game. Pauli Malignaggi, who is a huge Pac hater, was appreciating Pac's offense even if he…