UFC President Dana White revealed on The Jim Rome Show, that he's got a verbal agreement with Floyd Mayweather Jr. to come together for some type of event in October or November of next year.

Last month, the former five division world champion took to social media to announce that he's coming out of retirement in 2020. 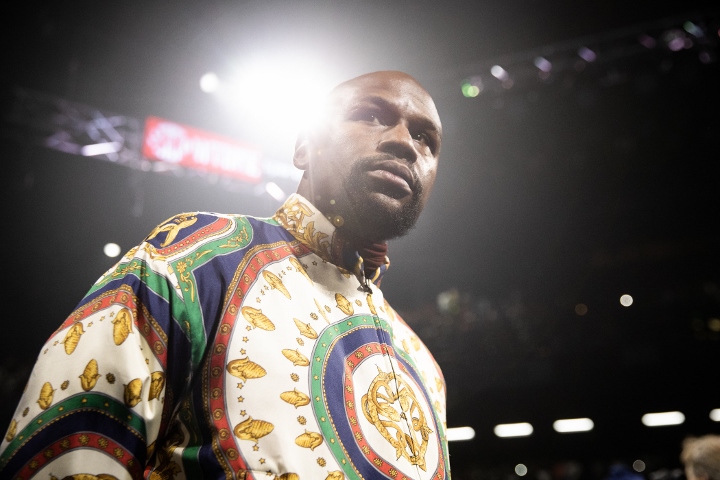 The former pound-for-pound king was recently courtside at an NBA game with White, and claimed that something big was coming in 2020. At one point, Mayweather was baiting the idea of facing UFC star Khabib Nurmagomedov in another cross-sport boxing match.

"Dana White and I are working together again to bring the world another spectacular event in 2020," Mayweather said on social media last month.

White, who intends to enter the boxing market with his planned promotional company Zuffa Boxing, did not reveal the exact plans that he has in store with Mayweather.

But he intends to sit down with boxer's longtime adviser, Al Haymon, in the next few months.

“It’s true. We sat at the Clippers game. We started talking and we literally got a deal done right there on the court. And if things play out the way things Floyd and I think they will, I will probably sit down with Al Haymon in March and get a deal on paper," White stated.

“If everything goes our way, Floyd and I would be doing something in October or November (of next year).”

The comments by White and Mayweather leave everything up to interpretation. Is Mayweather actually taking part in a sanctioning fight, an exhibition or is Mayweather coming together with White to co-promote an event between Zuffa Boxing and Mayweather Promotions.

[QUOTE=Roadblock;20239032]Its Floyd and I think you would be surprised how competitive Floyd would be , if you think any level fighter lol youre blind as a bat.[/QUOTE]im not saying literally every fighter can take him Floyd is the best boxer…

[QUOTE=giant_king;20235094]He has to much ring rust to be apart of a real fight any level fighter can take him at this point he's not fighting it's just promotional deals only[/QUOTE] Its Floyd and I think you would be surprised how…

Floyd has become a joke over the second half of his career. He's become the king of picking handpicked opponents. If he's not going to fight Pacquiao, he can stay retired. I'm not interested in seeing him fight!

He’s not fighting! Floyd wouldn’t wait another whole year to fight! Especially not on some random October date