With a dangerous wound on the right eyelid of former world champion Hernan ¨Tyson¨ Marquez, the boxer won a technical decision over Eduardo ¨Lalillo¨ Hernandez. The fight was stopped due to an accidental clash of heads at the beginning of the fifth round.

More than two thousand people attended the State Gymnasium in Hermosillo and enjoy a great boxing evening and an emotional posthumous homage to the late David "Tornado" Sanchez and his brother Jonathan Sánchez.

Tyson Marquez (42-8-2, 30 KOs) dropped Hernandez (17-6, 7 KOs) in the first round after connecting with a big right. Hernandez got up and they continued in an exchange of punches. 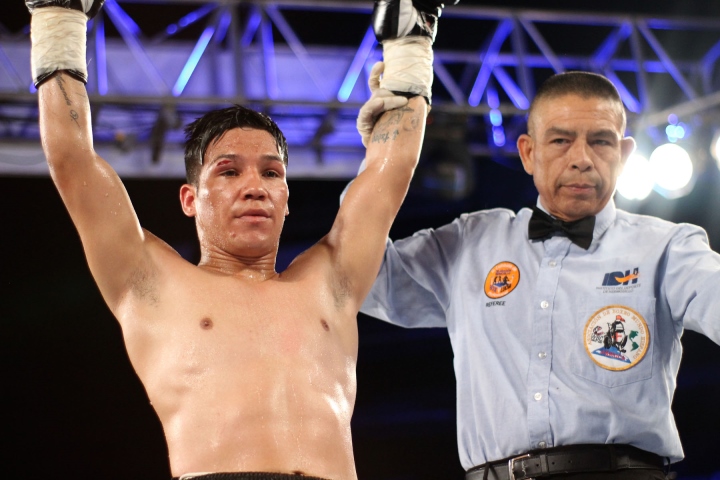 In the second round, there was a clash of heads that caused the wound on the eyebrow of Marquez, who dominating widely with good combinations of blows and finishing in the body.

During the third round again there was another clash of heads that worsened the wound of Márquez, but after being reviewed in the corner by the doctor the fight was allowed to continue.

But at the start of the fifth round, doctor Guillermo Cisneros stopped the fight due to the depth of Márquez's wound, forcing the cards to be read, which marked three cards of 40-35 for Marquez.

"I wanted to continue in the fight, I was already in rhythm and distance, but the doctor determined that my wound on the eyelid was risky, so the important thing is that we won and we were clearly winning the fight, I dedicate this victory to my friend David Sánchez and his brother Jonathan. We will continue looking for the goal of being world champion again," said Marquez.

Also in action on the same night, but in Cancun, Mexico - another former world champion, Francisco “Chihuas” Rodriguez (23-4-1, 15 KOs) picked up a third round stoppage over late replacement Rolando “El Duende” Gusman (15-4, 9 KOs) in a WBC flyweight eliminator. Rodriguez broke down Gusman with hard hooks to the body, before landing a finished in the third.