Jacob ‘Stitch’ Duran, the cutman for WBC heavyweight champion Tyson Fury, has rejected the recent internet rumors which claim his boxer's gloves were tampered with for the recent rematch with Deontay Wilder.

Last Saturday night at the MGM Grand in Las Vegas, Fury dropped Wilder twice and eventually stopped him in the seventh round.

There will now be a third fight, with Wilder exercising an immediate rematch clause - setting the stage for a trilogy fight in the summer. 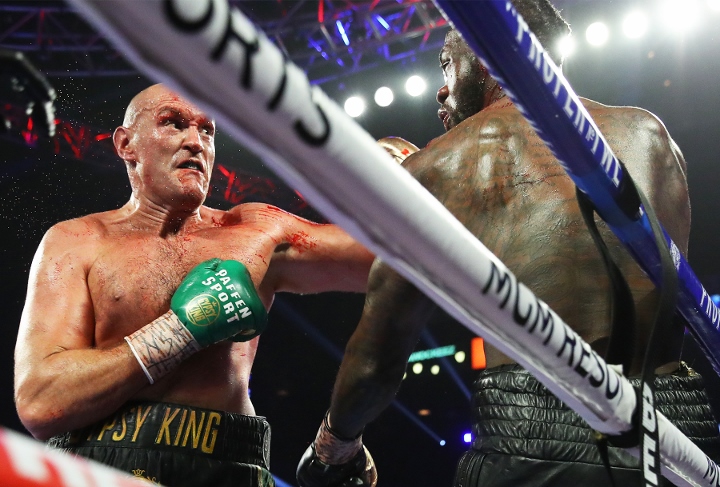 Duran explains that Las Vegas inspectors are very strict and examine everything very carefully - including the gloves.

"I’ll give you the facts, the Nevada State Athletic Commission is one of the best commission in the world,’ Duran told Boxing Social. "They handle the gloves until it’s time to put them on. There was no tampering whatsoever, I was there. It’s just a big myth.

"Dispel those myths and rumours, it didn’t happen. That’s why you have the inspectors there to make sure everything is followed within the guidelines. None of that happened, but it’s good for discussion. It’s going to fade away, it’s not even true, it’s not even close to being true. Maybe it’s the tough shots that he hit him with that loosened up the gloves and I’m just saying that in kidding. None of that ever happened.

[QUOTE=TMTForever99;20436716]what do your eyes see? [/QUOTE] My eyes see Fury smacking around Wilder and you crying like a b**ch over it. Did I miss anything?

[QUOTE=Noelanthony;20437324]Ok , I get your point but can you not see that if AJ did not win the rematch you would not hear the excuse in the first place. Cast your mind back to June 1st he was the laughing…

[QUOTE=Noelanthony;20434818]Good because prior to Wilder getting knocked out you were aware of glove tampering I just don’t understand the surprise. He has a right hand and that’s it. That right hand nearly took him to the top of the tree.…

[QUOTE=Curtis Harper;20436550]Should I time stamp all of Fury's fouls or nah ? Won't be watched ? All my effort for nothing ?[/QUOTE] How about you list all the excuses of Wilder and his fanboys are using? We got costume, ref,…