The lineal heavyweight champion reminded reporters Tuesday at MGM Grand that British judge Phil Edwards scored their first fight even, 113-113. Fury feels he won that 12-rounder rather easily in December 2018, but only Canada’s Phil Tapper scored England’s Fury the winner, 114-112.

American Alejandro Rochin scored their fight 115-111 for Wilder, who floored Fury twice, once apiece in the ninth and 12th rounds.

“Whichever judges get selected, that’s it,” Fury said. “I’m fine with that. No British judges, fantastic. It was the British judge that went against me last time, hence why I’ve not got a British judge this time. So yeah, I’m gonna be fantastically happy with the judges and referee. They all do a fantastic job. The [Nevada] State Commission will pick experienced guys.” 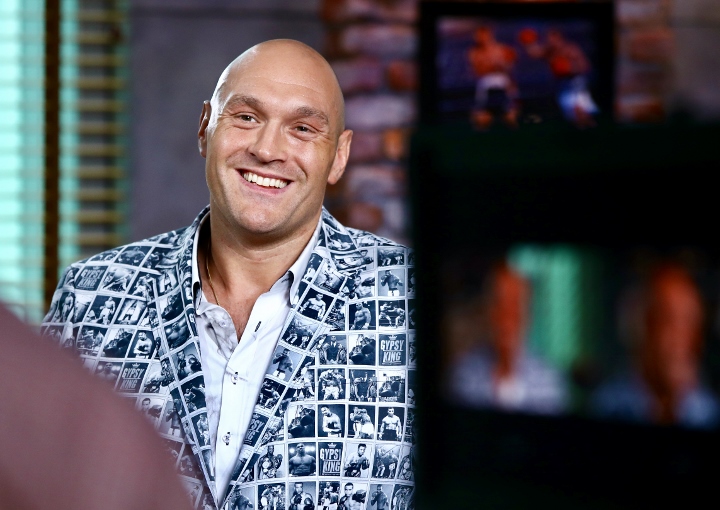 The NSAC typically picks American judges for high-profile fights in Las Vegas. Only Americans judged Fury’s past two fights, each of which was held in Las Vegas.

“I just hope they choose the right people that’s certified for such a huge event like this,” Wilder said. “You know, we can’t have mediocre judges, we can’t have mediocre refs. Some of the other judges that have put their names in, they’ve gotta understand that if you don’t have the credentials for this type of fight, then, you know, you have to sit back and still learn, you know what I mean? Because there’s a lot of mistakes that can be made and stuff. And for a fight of this significance, you’ve gotta have the right people. And I think they’re gonna choose the right people. I don’t really worry too much about the judges and the referee. I just think about what I’m supposed to do and my abilities, what I’m capable of doing, and I will display that on that night.

“One thing about it, I don’t worry about that, you know? And I just take that judgment, if it leads to a decision, you can only hope for the best. All fighters get nervous. No matter if they feel like they won all the rounds or what. You could knock a guy down, your corner can tell you one thing; you can feel it as well. And then we’ve always seen it goes the opposite way or whatever. So, it’s always scary leaving it up to the judges, because you never know what they saw, although, sh-t, they had the ultimate front-row seat. So, they could see it all. But, you know, you just don’t ever wanna leave it to them.”

Tyson Fury is a real warrior. Hard to argue against him being the best heavyweight in the world right now.

[QUOTE=Robi13;20400565]Ok fair enough, well I hope both fury and wilder are both in tip top shape both physically and psychologically, I don’t want to hear any excuse from either man after the fight[/QUOTE] Well Wilder will have excuses, because he…