Heavyweight contender Tyson Fury has led the plaudits for his new stablemate Josh Taylor – welcoming the unified super-lightweight champion to the team in typical Fury fashion.

Earlier this week, IBF and WBA champion Taylor (16-0, 12 KOs) signed an advisory deal with MTK Global, meaning he is now part of the same team as the likes of Fury, Billy Joe Saunders, Carl Frampton, Michael Conlan and many more names.

Just like Fury, Frampton and Conlan, Taylor will also be promoted by Top Rank, and the ‘Gypsy King’ has welcomed his new team-mate with a very special message. 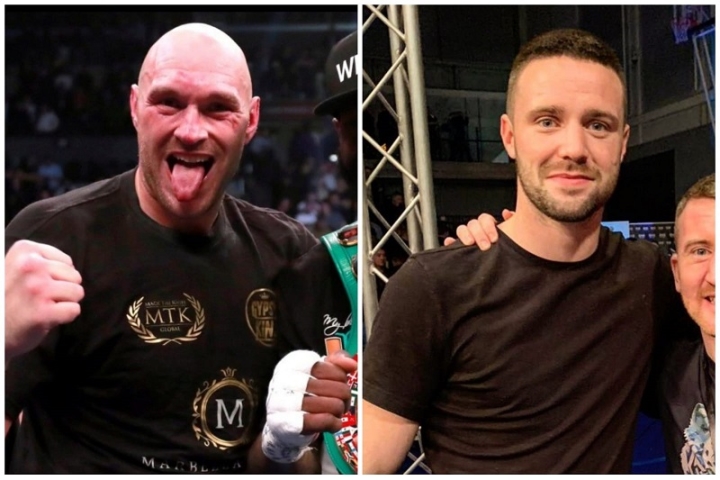 Fury said: “I’m really excited about MTK Global’s new signing Josh Taylor, so I need to welcome him to the team.

“He’s with Top Rank and ESPN too which is great. He’s one of the best fighters on the planet, but I hope he remembers that I’m still the kingpin!”

Taylor was last in action in October, as he defeated previously unbeaten Regis Prograis after an incredible battle in their World Boxing Super Series final.

[QUOTE=1hourRun;20318193]Has Josh decided if he is going to file for a extension to avoid the dangerous IBF mandatory, Thailand's Apinun Khongsong? Or will he go with plan B and vacate? Watch the #1. American unified jr. welterweight champion Jose Ramirez,…

[QUOTE=ShoulderRoll;20320768]Because Top Rank loves to have in-house fights and they benefit directly from stealing Josh Taylor and having him unify with Jose Ramirez.[/QUOTE] Every promoter loves in house fights. Every promoter benefits from signing elite fighters. It's only bad when…

[QUOTE=Bob Haymon;20320760]That happens all the time in boxing, it's not exclusive to Top Rank. How do you know Haymon wasn't also whispering in his ear? After all, he is the guy who had to pay millions to Golden Boy after…

[QUOTE=ShoulderRoll;20320029]Sure, sure. And Top Rank wasn't whispering to them behind the scenes I bet.[/QUOTE] That happens all the time in boxing, it's not exclusive to Top Rank. How do you know Haymon wasn't also whispering in his ear? After all,…

[QUOTE=Bob Haymon;20319500]Nobody tampered with anything. Taylor wanted to walk away due to a breach of contract and signed with MTK who then got him signed with Top Rank.[/QUOTE] Sure, sure. And Top Rank wasn't whispering to them behind the scenes…