Tyson Fury in The Clear as Farmer Withdraws Bribe Allegations

According to the Daily Mail, the Lancashire pig farmer who claimed he was offered £25,000 to lie about Tyson Fury's failed drug test has now dropped his allegations.

Martin Carefoot, 70, told the paper that he is no longer cooperating with an investigation into Fury's positive test for nandrolone in February 2015.

Fury and his cousin Hughie, both tested positive for nandrolone in February 2015 following a urine test by UKAD [UK Anti-Doping].

Both boxers denied allegations of doping.

Fury then engaged in a lengthy legal battle with UKAD. It was claimed in numerous reports that Fury maintained that his positive test was a direct result of ingesting uncastrated wild boar. 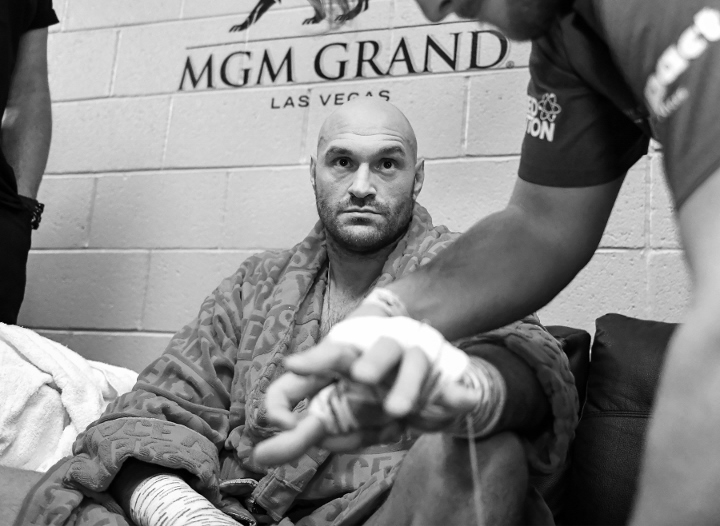 Fury's explanation was supported by Carefoot, who submitted two signed statements that he had supplied the wild boar meat.

The legal battle came to a close when Fury and UKAD reached an agreement on a back-dated two year ban.

In March, controversy erupted - and a UKAD investigation began - when Carefoot claimed that he had been bribed to provide false statements to help clear Fury and his cousin.

Carefoot, who claims that he was approached with the bribe by a Fury team member, says he was angry because nobody had paid him the promised funds.

"I feel fed up with the lies and deceit. The public needs to know the truth. I'm happy the public know what all this is about. I feel cheated and used," Carefoot said at the time.

The name of the Fury team member was never revealed. During that period of time, Fury was promoted by Mick Hennessy.

But now Carefoot has withdrawn his allegations.

Carefoot told the Times: "I've had nothing but problems right from the beginning of this, and I don't want to get involved."

He refused to elaborate on his reasons for withdrawing his claims.

[QUOTE=Boxing Goat;20658606]He's not innocent as far as I'm concerned but it also doesn't mean that he has been doping his whole career. I feel like he did it just to be ready for Klitschko because he truly believed that Wlad…

[QUOTE=Bunch Pag;20655889]Like anything when it reaches the news.. reporter's delve into the backgrounds and print it.. You would think it would leave a stain on the 'innocence' part...[/QUOTE] He's not innocent as far as I'm concerned but it also doesn't…

[QUOTE=1hourRun;20656746]The Devil likes to quote the Bible, Peter Fury. I'm preaching the gospel, the truth shall set you free, you wicked Gypsy![/QUOTE] Haters like you preach the gospel of hate

Word is, farmer’s most priced hog’s head was chopped off and placed at the foot of bed where farmer and his missus sleeps...clearly a message was sent by pikey’s or Kinahan thugs.