Tyson Fury: Changing Trainer Was Best Decision I Ever Made

The rematch with Wilder takes place on Saturday night at the MGM Grand in Las Vegas.

Fury was trained for the first bout by Ben Davison, who headed the boxer's corner for his last five fights. 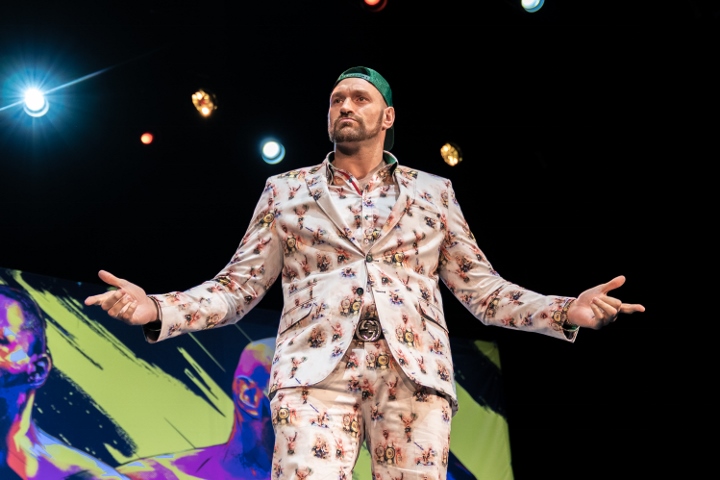 Fury decided to split with Davison and hired ­SugarHill Steward, the nephew of Hall of Famer trainer Emanuel Steward.

Fury has maintained that his decision to drop Davison was fueled by a deep desire to stop Wilder inside the distance. The first bout, which took place in December 2018, concluded in a controversial twelve round split draw.

Fury wants to avoid the judges and aims to create fireworks in the first round.

He saw Steward as the perfect trainer to help him prepare properly for a scenario where he could secure a knockout victory in the rematch.

“Before I came over here to start this training camp, I was very unsure how this would go, because obviously me and my long-term trainer were not training together anymore," Fury said.

“I wasn’t sure how it would all pan out, but I can tell you now, it’s the best decision I ever made and I’m glad I made it when I did because we’re going to see something different on Saturday night.”

[QUOTE=AdonisCreed;20398709]So basically fury is trading defense for offense. He better get the job done because being more offensive minded will leave him open to be countered. And I don't think he'll survive another right hand especially if it connects properly.[/QUOTE]…

All I know is fury is half a yard short on his feet these days and suger hill was a bag man around Emanuel at that time ten yrs ago . Just like banks around the camp obviously learnt something…

[QUOTE=texasboi15;20398289][B][I]With retirement cocaine and $30 hookers on his mind A change of trainers and rumors of a bad camp swirling Do NOT bet on this boy D is going to END him.[/I][/B][/QUOTE] You sound like a trumpaholic still believing Mexico…

[QUOTE=LoadedWraps;20398935][COLOR="Green"][FONT="Comic Sans MS"]Win or lose, Sugar Hill is better for him than Davidson. [/FONT][/COLOR][/QUOTE] Oh, i agree but that doesn't mean Fury will still feel that way when he gets ktfo saturday.