Mérida.- WBO and WBC heavyweight Latin champion Tyrone Spong and his Ecuadorian adversary, Jeyson Minda, are ready for tomorrow's 10 round fight in Merida, Mexico - as part of a card promoted by Emmanuel Alcantara´s Armor Box.

Both fighters weighed in, with 227.76 pounds for Spong and 208.7 pounds for Minda. The weigh-in was conducted under the supervision and medical check-up of the Boxing Commission of Mérida, and they were declared fit to fight.

Spong is reportedly in line to face former cruiserweight king Oleksandr Usyk on October 12 in Chicago, so he needs to win and walk away without any injuries.

Spong (13-0, 12 KOs), his trainer Pedro Díaz and his promoter Andrew Pérez, were confident that “The King of the Ring” will have a good comeback after eight months of inactivity, due to a severe fracture to his right hand.

In turn, Minda (14-1-1 8 KOs) made no comment and left after the weighin ceremony which was held on the esplanade of the Sports Institute of the State of Yucatan (IDEY). 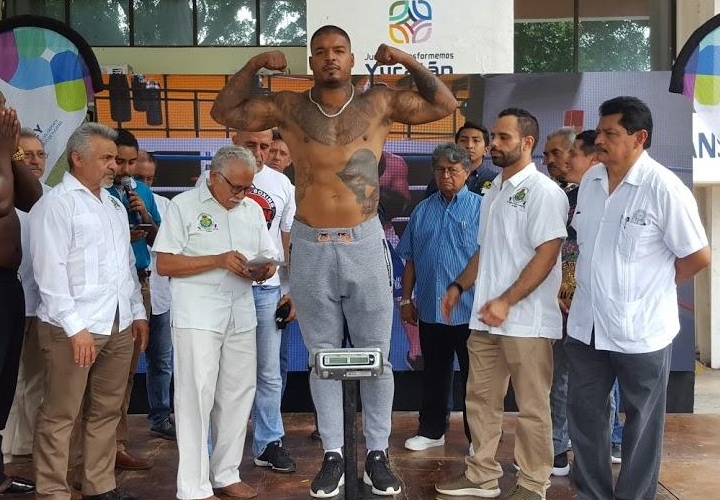