Hudderfield’s former British light-welterweight titlist Tyrone Nurse (35-5-2, 7 KOs) has admitted that he needs to take a bit of time out to plan his next move after a decision defeat to Middleton-based Liam Taylor (20-1, 10 early) at Trafford’s Victoria Warehouse Venue on a Steve Wood-promoted bill Saturday on night means that he has now racked up three defeats in a row.

Losses to Jack Catterall and Jack Brubaker (both decision defeats) were hard to take, but Nurse’s failure to beat a man he handily out-pointed in April 2015 means that not only will Taylor now move on to a possible crack at welterweight holder Johnny Garton but it also ensures that Nurse will have to regroup if he is to get back into title contention.

After a keenly-fought contest, Nurse lost by scores of 94-96, 96-95, and 96-94, from Howard Foster, John Latham, and Mark Lyson respectively and he has told Jacob Kilbride of The Huddersfield Daily Examiner that he is not sure what to do next.

“I don't know what it is, but it feels like there's something missing when I get in the ring,” admitted Nurse.

“I can't really put my finger on it.  I'm not sure if when I'm going into the ring, I'm putting too much pressure on myself.  When I get in the ring, maybe I'm over-thinking things.  I'm not trying to make excuses, I've lost a very close fight.  I thought I'd nicked it and even though I wasn't at my best, I still thought that I did enough.” 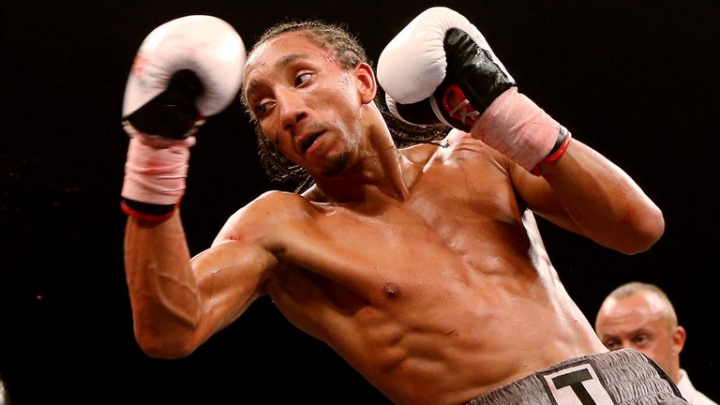 Nurse boxed well at times only for Taylor to out-work him at crucial times in the fight.  Taylor later told BoxingScene that his trainer, Steven Maylett, had asked him to rack up points rather than loading up on shots and the tactic worked despite Nurse’s reservations over it.

“A lot of his work in close was just pitty-patty stuff, nothing shots,” he said.  I thought that the crisper, better looking shots came from myself.  A lot of the time when he was catching me they weren't good shots.  Whereas I was catching him with uppercuts, body shots, right hand, jabs which were snapping his head back.”

He added: “I haven't got a clue what's next now or what's left for me.  There is more to life than boxing.  Don't get me wrong, I love boxing.  I'm not planning on a life without boxing just yet.”

Hope he made enough money to at least not having to find a job.

Nurse is in that unfortunate position of having to always fight out of the away corner. A talented fighter but doesn’t sell tickets or draw interest, so is forced to fight on the road.