WBA interim cruiserweight champ Arsen Goulamirian will defend his part of the title on October 20 in Marseille against an opponent to be announced. This is first defence of the title he won in March by stopping Ryad Merhy.

Team Sauerland and Team Zeuge have both announced today that former WBA super middleweight champ Tyron Zeuge is now a free agent and is neither promoted nor managed by Team Sauerland.

Zeuge lost the title to Rocky Fielding last time out and there has been a long-standing contractual dispute and disagreement on how to prepare and train.

Zeuge is trained by another former Sauerland fighter in Juergen Braehmer. There´s been nothing said of when Zeuge is ready to return or how the future will shape up. 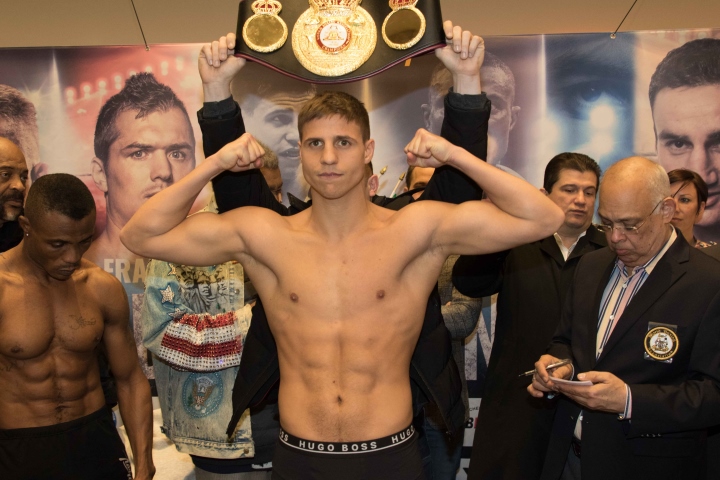 Hard-punching Swiss-Albanian heavyweight Arnold "the Cobra" Gjergjaj, 30-2 (22 KOs), returns to action September 1 in Pratteln (Switzerland). Gjergjaj flopped badly in his last fight though when he was stopped by Irishman Sean Turner. The other loss on Gjergjaj´s record came against David Haye in 2016.  Opponent for September 1 is not announced yet.

IN OTHER NEWS: Danny ‘Cannon’ Carr already has a flourishing business and an impressive unbeaten professional boxing record. Now, he’s an MTK Global fighter with titles in his sights…

Sidcup’s Carr (9-0-KO4) has made the Southern Area super-featherweight crown his first target with his new team after an impressive points decision win against Paul Holt at York Hall in March of this year.

Carr said: “I know my career is going to be looked after and with the goals I’ve got in mind, I’m excited about signing up with MTK Global.

“It feels right to go with them as my management for the next phase of my career.

“I got to a stage at 23, 24 where I’d done well in the ABAs and got offered to go pro with the iBox Gym. I did well there and I’m 9-0 now with four knockouts. Everything’s gone well since I turned pro and now it’s time to push on.

“I will be fighting at super-featherweight. My goal in the next six to nine months is to become Southern Area champion. I’m fighting a little warm-up fight in Plymouth in September but the Southern Area is a title I wanted since I turned pro."

Sauerland is going one way: down. They have lost some fighters already this year and it continues. Tyron Zeuge was one of their major boxers in their roster.