Tszyu on Horn: He Beat a Legend, Nothing Personal, I Just Want To Win

On August 26th, the all-Australian showdown pitting former welterweight champion Jeff Horn against Tim Tszyu will finally take place. The venue will be the Queensland Country Bank Stadium in Townsville and fans will be in attendance.

The lead up to the fight began cordially but after the fight was first postponed the intensity has increased. 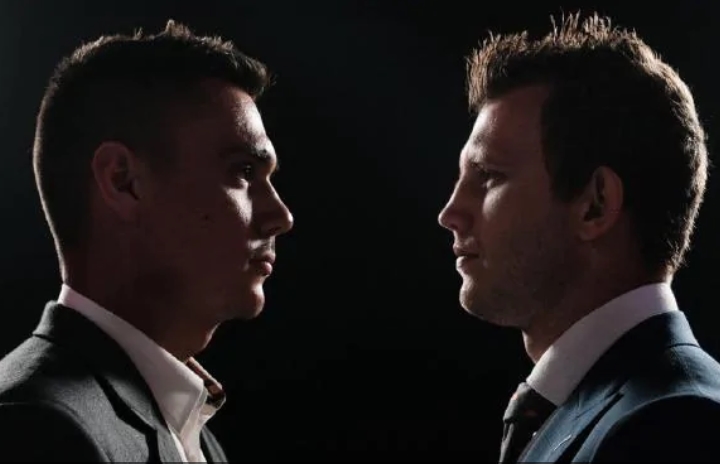 A press conference was recently held to announce the new date and Tszyu, the son of International Boxing Hall of Fame member Kostya Tszyu, reiterated that all of his focus is on this fight and getting a victory is all that he is thinking about.

"Again I said before, 'obsessed'. Mentally I am more ready than anything. I am so obsessive with my boxing. I sort of remember back in the day growing up with my dad and how he was and I have taken that turn. This is who I am. This is my sport and this is what I am going to do now," Tszyu explained.

As for the recent exchange of words between the domestic rivals, Tsyzu insists that he really like Horn as a person and that all of his focus is just on making sure he wins the fight.

Some of the press in attendance continued to try to push the angle that there is bad blood between the fighters and Tszyu continued to shut it down.

"I am still friendly. I have nothing against Jeff Horn. He is a great guy. He has done great things. He has beat a legend. There is nothing personal besides the fact that I want to win," explained Tszyu.

[QUOTE=TheReadyTimeBoy;20676648]You sure about that? He's looked extremely polished and well schooled in his last few fights. His boxing IQ is very good for a guy with a limited amateur career and only 15 pro fights. He's not a huge puncher…

[QUOTE=Richard G;20676363]In one way it would be great if Tim2 beat the Hornet, it would mean that another world champ was on the way. There is no doubt about his determination and dedication but has he got IT? Not on…

that tim tszyu actsand talks like a fully sick lebbo, his school muct of been full of them, jeff is true aussie all the way, possibly one of the nicest aust boxers ever

[QUOTE=PittyPat;20676071]Horn already became a legend by beating Pacquiao. If he beats Tszyu, he becomes the GOAT – and will smile about it. "When yew buyt a legind, ya become a legind!"[/QUOTE]