Troyanovskiy: I Asked WBSS to Make Relikh Fight Part of the Series

The Eagle, also known as Troya, shared his thoughts on the upcoming fight with Russian media. Troyanovskiy vs. Relikh is assumed to be part of the World Boxing Super Series Season Two, although nothing about that was officially reported by the WBSS itself.

“My invitation to the WBSS is a product of the World of Boxing hard work. I agreed to accept it because WBSS is a very cool tourney. But I have my own condition that the [Kirill] Relikh fight won’t be cancelled. All in all, it is now part of the Series. The date and the venue are unknown at the moment. I just know that the second Season [of the WBSS] starts in September. I don’t know if all the champions are on board. I know that the WBC is seemingly on board, but I don’t know anything about the WBO or the IBF champion. I just hope that they’ll be part of the tournament”, commented the 37-year old Russian. 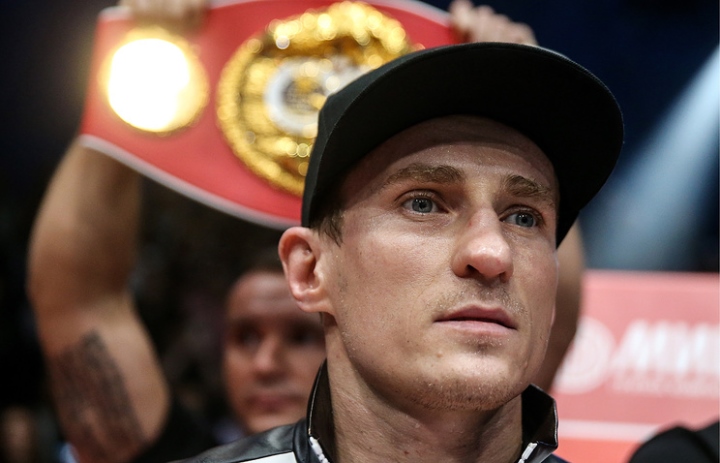 Kirill “The Mad Bee” Relikh, 28, had been coming off back-to-back debatable losses to Scottish Ricky Burns and Rances Barthelemy, before he dominated the latter in a one-sided rematch to grab one of Terence Crawford’s vacated belts.

Troyanovskiy, a feared kayo artist with one of the biggest punches in boxing, was blitzed in forty seconds by Namibian Julius Indongo in December 2016 in Moscow, losing both of his belts in his third defense. He was back in 2017 with two kayo wins, which were – as always – spectacular.

According to rumours in Russian press, the 140lb WBSS tournament is mostly secured, with just a single spot still vacant. Aside of Relikh and Troyanovskiy, five more names are circulating:

There was no official confirmation of this news from the World Boxing Super Series yet.

little too early to talk about, almost all "top" 140 have fights scheduled already, i'd like to see Shohjahon Ergashev participating in this tournament

[QUOTE=JLC;18770016]Why would Progrias enter this if he is mando to WBC belt ? Much rather see him face Ramirez, and I believe I have seen him state the same himself. Seems to be chomping at the bit for his shot.[/QUOTE]…

Why would Progrias enter this if he is mando to WBC belt ? Much rather see him face Ramirez, and I believe I have seen him state the same himself. Seems to be chomping at the bit for his shot.