Most observers at ringside felt Guasha had done more than enough to win a clear decision.

Afterwards, Trout was very unhappy with the scores and felt that he should have won the fight. 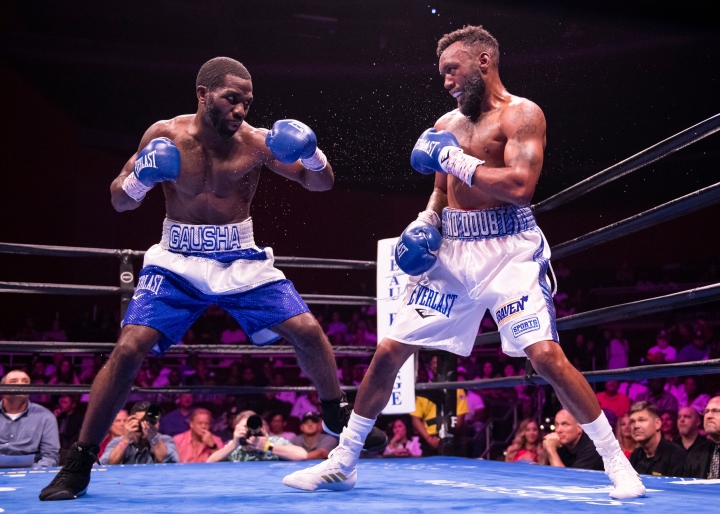 Trout called for an immediate rematch.

"We need to do that again. That wasn't right," said Trout of Las Cruces, N.M. "Let's do it again. That was after a year layoff. Timing is going to be off. Now that I am a little more active. I need an immediate rematch. Immediate.

"You never know how the judges are seeing it, but I know 99-91 for (Gausha) wasn't right. I was definitely in there more than one round," continued Trout. "But I didn't feel good in there tonight. I had to force a lot of things, and I had to close the gap in the later rounds."

But Gausha is not interested in a second fight. He wants to move forward to bigger opportunities.

"I felt like I won the fight," said Cleveland native Gausha. "That's boxing sometimes. You don't get the decision.

"I have been through a lot this camp. It is what it is," continued Gausha. "I caught a bad cold the last week of training camp. My father passed away during this training camp.

"I don't really care about a rematch with Trout," concluded Gausha. "I just want bigger fights. I'd like to do something different. But if we have to go through (Trout) again we'll do it and just make it more convincing next time."

Put it on the easter jr vs barthelemy undercard! Awesome.

Had a Mayweather to train him & still cant perform great much less win! Trout retire already your time been up son

rematch of the worst fight ever? pbc says ok! or as wilder would put it why not fight 2-3 times?

You lost. Lucky you came out with a Draw. Fight Justin DeLoach next or Ishe Smith. A young guy tryin to get back on track or a vet who don't wanna go (or did he go already?)