New York-Andre Rozier has a heavy task on his hands. He will be training Sergey Derevyanchenko (13-1, 10 KO’s) for his IBF title fight with Gennadiy Golovkin (39-1-1, 35 KO’s) on October 5th in New York’s Madison Square Garden.

Rozier has seen Golovkin twice as the opposing trainer and feels that although older, Golovkin has gotten better since he first seen him.

“GGG has gotten better, the Golovkin that fought Curtis was a lot younger,” Rozier told BoxingScene.com. “When he fought Curtis, he was cautious and he boxed a very calculated fight with aggression. He just used his jab constantly, controlled the ring and shot combinations when he has to." 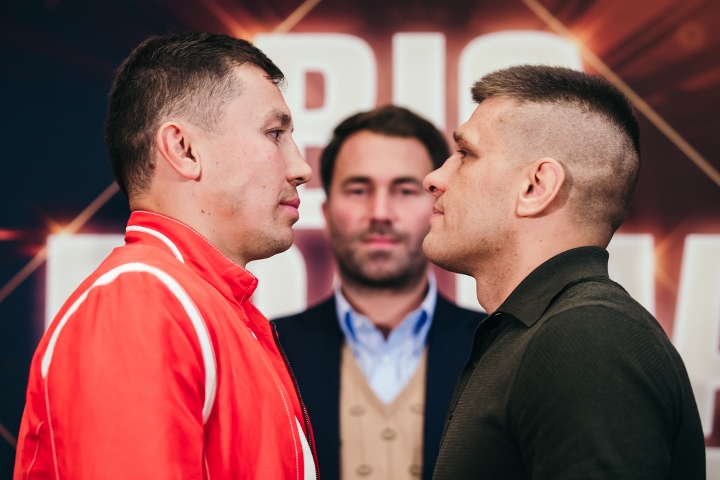 When you get to the elite level Rozier says you don’t see many stoppages. And instead you see a lot of entertaining rounds and good classic articulate boxing. That why he thinks Golovkin hasn’t slowed down, his opposition has gotten better.

“The thing is his opponents are better” Rozier said of Golovkin’s lack of knockouts in his recent big fights.

"If I’m a runner and I’m racing the butcher the baker and the candlestick maker, I’m running them off the track every time. But if I get a kid from UCLA that’s broken 5 records, I have to be ready. He has meet better opposition and elite opposition. He hasn’t lost a step but that’s why he hasn’t knocked guys out.”

Hall of Famer trainer Emanuel Steward was like an uncle to him. Rozier shouted him out in a room full of everybody while he was with Danny Jacobs and sSeward told those guys in that room that Rozier was his favorite young trainer. So big fights and big spots aren’t too big for Rozier.

“My thing is that, a lot of these big fights we participate in. I’ve participated with my creation. These are kids I’ve had since the beginning. We had these fights at nationals and so forth. Its come to past and I think I was born for it. I don’t get caught up in the ambiance of a big fight, I just need to know I have my guy ready to take care of business,” Rozier said.

[QUOTE=AKAcronym;20023180]From as much as I've read over the time, not sure I can believe that.[/QUOTE] I'm pretty sure If I lost and didn't pay I would be blasted by them at every chance??? You can always bet $$$$ and find…

[QUOTE=Shadoww702;20023084]I honor my bets. I have never not paid. And yes I lost on Lemuix/Saunders and Leo/ Frampton 1[/QUOTE] From as much as I've read over the time, not sure I can believe that.

[QUOTE=AKAcronym;20023036]Yes, technically you can't, but at least they're signed to fight. If Canelo/Kov gets signed then fair game. He TKO'd Lee 7 ****ing years ago, what the hell does that have to do with anything? You can't find any post…

[QUOTE=Shadoww702;20023019]And you can’t add Sergiy then? Chavez TKO’d the guy who went life and death with Saunders??? Fuk you want to go further then that??? Your an IDIOT??? Let’s Rolls! Start it up. Your dumb ass probably ranks Sergiy higher…