Trainer Had To Calm Canelo Down During Smith Bout, Was Being Too Comfortable

Eddy Reynoso, the trainer and manager of Saul 'Canelo' Alvarez, revealed that he needed to calm his boxer down during last month's clash with Callum Smith in Texas. 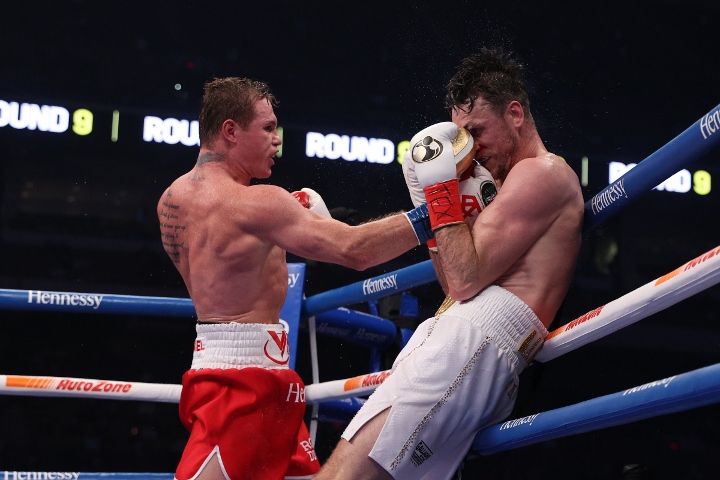 By the third round, Canelo was taking too many chances for Reynoso's liking.

When the Mexican star came back the corner, Reynoso ordered him to calm down and to show more respect to Smith.

"With Saul there was a detail when he fought with Smith... in the third round he started to feel comfortable and he started wanting to play around with his hands down and walking forward. When he got back to the corner - I had to get his attention. I told him 'you are not doing what you should be doing, do not underestimate him, that boy can knock you out with one punch, do not get out of your game plan because with that kind of guard he will catch you with the left or the right, even if you feel confident with that kind of guard, you have to go in the manner that we worked on - with our hands up so he doesn't surprise you,'" Reynoso told TUDN.

Contrary to how they normally work, Reynoso gave instructions to Canelo to pursue a knockout victory in the twelfth and final round.

The veteran coach rarely gives that kind of order in the final round - especially when his boxer is way up on the cards.

"In the final round I rarely send my boxers out there to look for the knockout and [it's even more rare] when we are winning the fight so comfortably, but I sent him [to get the KO]. I said 'you can knock him out, come out and throw everything, you have to try to knock him out,'" Reynoso said.

Smith wss a walking punching bag. This article is weak.

[QUOTE=Earl-Hickey;21013151]Callum Smith is like a ****** or something, worst performance ever in a big fight he didn't even look like a boxer[/QUOTE] Rocky Fielding was worse. At least Smith lasted 12 rounds.

Wilder needs to hire this coach

Canelo was never in any danger in that fight. Smith was clearly a fighter with basic skills, no longer able to comfortably make 168 and with 4 weeks notice was a compromised sitting duck.

[QUOTE=skinnystev;21013193]alvarez never had smith hurt at any time in the fight[/QUOTE] He sure did in the 9th ropes kept Smith from taking a knee.