Trainer: Alexander Can 'Tune Up' Thurman After Beating Berto

By Keith Idec and Ryan Burton

“Once Devon takes care of Berto, if I had to pick his next opponent I’d want it to be Keith Thurman,” Kevin Cunningham told BoxingScene.com. “I’d like to get a shot at Keith Thurman. That would be the perfect fight for Devon.”

The date for Thurman’s return from a hand injury hasn’t been set. He has been training recently at trainer Dan Birmingham’s gym in St. Petersburg, Florida, but it isn’t clear how much longer Thurman (28-0, 22 KOs, 1 NC) will need to get ready for his first fight since March 2017. 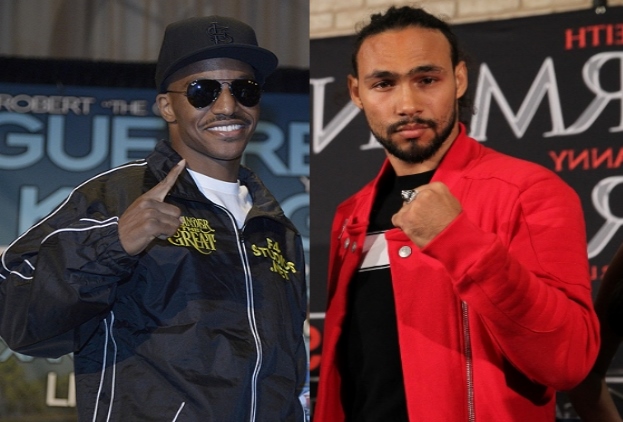 The Clearwater, Florida, native hasn’t fought since defeating Danny Garcia (34-1, 20 KOs) by split decision in their 12-round welterweight title unification fight nearly 17 months ago at Barclays Center in Brooklyn. Thurman, 29, was supposed to come back from elbow surgery May 19, but his return was delayed because Thurman suffered a hand injury during training camp.

Thurman, who owns the WBA “super” welterweight title, apparently wants to face a low-profile opponent in what he has called a “get back” fight. Alexander doesn’t fit that description, but Cunningham hopes Thurman will fight him.

“After taking care of the Berto business, Devon will be ready to tune up Thurman’s ass next,” Cunningham said. “Since this dude’s looking for a f*cking tune-up.”

Alexander is 1-0-1 since returning from an addiction to opioids that was largely responsible for his two-year layoff. He was widely viewed as the winner of a 12-round welterweight fight against Victor Ortiz (32-6-3, 25 KOs) that resulted in a dubious draw February 17 in El Paso, Texas.

Fighting Thurman would grant Alexander an opportunity to upset an unbeaten champion. Facing Alexander would afford Thurman a look at a southpaw as he builds toward a welterweight title unification fight against another left-hander, IBF champ Errol Spence Jr. (23-0, 20 KOs).

“Keith Thurman, he’s gonna need to get back in a groove,” Cunningham said, “and he has no plans on going right into a fight with one of the other champions. They’re talking about him fighting Errol Spence at some point. Errol Spence is a southpaw and Devon is a southpaw. I think they would wanna see a southpaw before they go in with Errol Spence, right?”

That makes perfect sense! Fight a southpaw, before [B]"THE"[/B] southpaw! Two names come to mind: Pacquiao and Alexander! Alexander is much more likey, but Pacquiao would be a win-win! Thurman wins, and becomes much better prepared for Spence Jr., or…

It's not a terrible idea...Keith will need the work