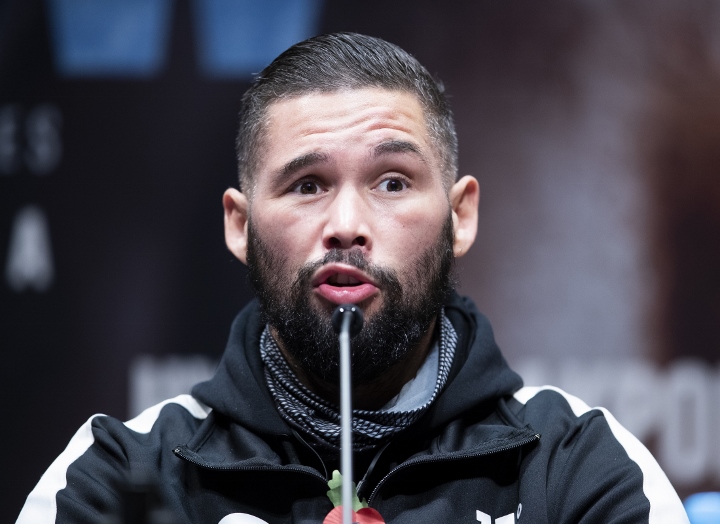 After a long and successful career it is with a heavy heart, that one of British boxing’s greatest talents is finally hanging up his gloves up for the final time.

"Thank you first and foremost for all the support I have had over the years and all the support I have been shown from the fans from the negative naysayers to the purest of fans I have got thank you very much but today I am announcing that I am officially retired. There will be no more fighting from me, the only things you will see me doing from here on in is trying to act sensible and being myself," Bellew said.

"I have had a fantastic career and have realised my dreams, and on the 29th May 2016 my wildest dream came true, I became WBC Cruiserweight champion of the world at Goodison Park, the dream loaction, the dream title, the dream ending a third round knockout of Ilunga Makabu. It has been a story, it has been a journey, a British, a Commonwealth, a European title also secured along the way and various journeys and stories that I have got to go over over the years so thank you for your support and guys I am officially retired. Goodbye."

When asked what kind of a purse could lure him back into the ring the Liverpudlian boxer categorically stated there wouldn’t be an amount big enough to tempt him back.

"Eddie gets 100 million together for me and offers me one more fight, what do I say? Wow, Wow, that is probably what I would say. Wow, wow and then walk into the missus and say Eddie has come on board with 100 million and she would probably hand me divorce papers. Money is good but money comes and goes, that is the best way of saying it."

[QUOTE=BodiesInFlight;19300225]Naah, he loves giving his opinion too much to walk away from a Sky pundit gig. I took that to mean he's done in a boxing/training sense.[/QUOTE] I actually think he's decent whenever he's been on punditry duties. Abit biased…

I warned Tony that Usyk would retire him..."he said I retire from boxing, boxing won't retire me". Even if he wasn't planning on retiring he would have retired after suffering a brutal KO loss like that. Good luck to Bellew…

[QUOTE=P4Pdunny;19300216]an official one, and partly because he's hinted that he wants to walk away from the sport completely once he hung the gloves up[/QUOTE] Naah, he loves giving his opinion too much to walk away from a Sky pundit gig.…

[QUOTE=BodiesInFlight;19300211]He's been a pundit on Sky for a while already.[/QUOTE] an official one, and partly because he's hinted that he wants to walk away from the sport completely once he hung the gloves up

[QUOTE=P4Pdunny;19300180]All the best, he'll be in a Sky Sports box office pundit role within a year too so he'll still be around.[/QUOTE] He's been a pundit on Sky for a while already.