It’s not like Tomoki Kameda has carried around a Rey Vargas-like voodoo doll for the past 12 years. But their past history certainly doesn’t lessen his motivation heading into the July 13 title fight versus his old amateur rival.

The two will meet in a super bantamweight title consolidation clash at Dignity Health Sports Park in Carson. Calif., airing live on DAZN. The pairing has conjured up memories of their collision in the 2007 Mexico National Golden Gloves Finals, with Vargas winning a decision when both were teenagers.

“With just nine fights, I advanced to the finals of the Golden Gloves tournament, versus a very experienced (amateur) rival,” Kameda (36-2, 20KOs) recalled to BoxingScene.com of their first meeting all those years ago. “Rey gave me a very tough fight, but we are two very different fighters today.” 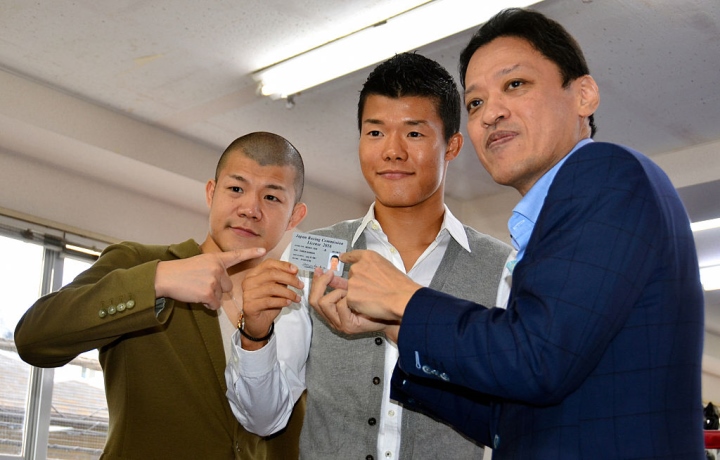 Kameda (36-2, 20KOs)—the youngest of his fighting family which includes former major titlists Koki and Daiki Kameda—relocated to Mexico at age 15, having turned pro there more than a year later in 2008. Nearly half of his career has taken place there, in fact fighting in Mexico more than in his native Japan.

His last four bouts have taken place in his birthland, including an interim 122-pound title win over Abigail Medina in his most recent start last November. The win put him back in the title picture for the first time since a pair of highly questionable decision defeats to England’s Jamie McDonnell in 2015, both fights taking place in Texas.

Kameda was forced to concede his bantamweight title heading into the first fight with McDonell, a secondary titlist at the time and with rival sanctioning bodies disallowing titlists to enter unification bouts under such circumstances. It ended a reign that began with a taste of history, as his Aug. 2013 title winning effort over Paulus Ambunda put the Kamedas in the record books as the first trio of boxing brothers to all win major pro titles.

They would once again make headlines just a month later, when Daiki claimed a super flyweight title in a Sept. 2013 win over Rodrigo Guerrero—marking the only time in history for three brothers to simultaneously enjoy title reigns.

Yet another record can be added to the family’s incredible legacy.

Koki was Japan’s first-ever male boxer to claim titles in three weight divisions, while Daiki’s aforementioned feat made him a two-division titlist, having previously reigned at flyweight. A win over Mexico’s Vargas (33-0, 22KOs)—who attempts his fifth title defense—by the youngest fighting Kameda will earn the family the distinction of becoming the first-ever trio of brothers to become multi-division title claimants.

“I’m ready for this fight, I’ve waited a long time for revenge,” notes Kameda, who celebrates his 28th birthday on the eve of fight night. “I know I'm going to win, I'm ready to be the “Full” world champion. Mexico is a country that loves and respects me, and where I learned almost everything that I know boxing.

“I do not like talking about my rivals, especially negatively. All I can say is that July 13 will be my night.”

Given what’s at stake, the shot at revenge has been well worth the wait.