Anthony Tomlinson outlined his credentials as a major player in the domestic division as he put himself in position for a title challenge.

The Sheffield man, who is the current Central Area champion and IBO Continental belt holder at welterweight, is trained by Stefy Bull.

Tomlinson was in action against Glasgow’s Stewart Burt in an eliminator for the British and Commonwealth titles, at the FlyDSA Arena in Sheffield, as part of the supporting cast to Kell Brook’s return against America’s Mark DeLuca for the vacant WBO Inter-Continental super-welterweight title.

And he settled into the fight against the Scot, whose only defeat to date came back in December 2018 against Ally Black, relatively quickly, ripping away to the body and asserting his dominance. 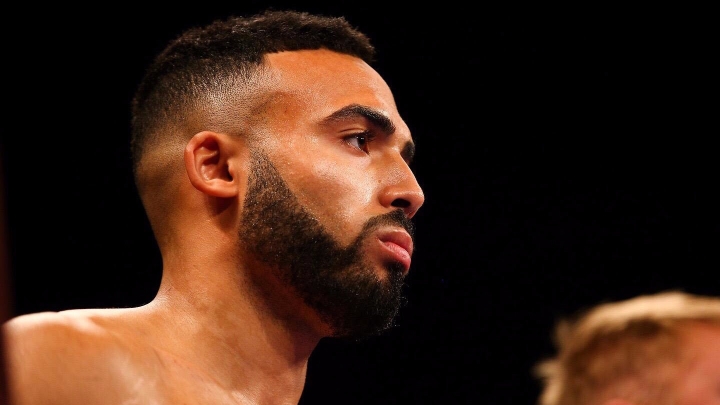 Burt, trained by Joe Ham Snr., had marginal successes in the fight, often deploying the double jab to keep the aggressor away

But Tomlinson put himself in a manoeuvrable slot to face Chris Jenkins for both titles after the referee John Latham was having a close look throughout.

The clash itself continued in a similar vein after the first four rounds and ‘The Truth’ –– after being caught in the sixth –– stepped on the gas and looked for the finish.

It didn’t come, though, and Burt had a few more periods of success, catching the home man with a barrage of unnecessary shots before Tomlinson once again got back on top in the contest.

It was the penultimate stanza, though, when Tomlinson –– who moved on to 12-0 with the win –– rubber-stamped his quality as he unleashed a flurry of shots and forced referee Latham to step in after one minute and 51 seconds of the round.

Burt, in suffering his second defeat in the paid code, slips to 11-2-1 as a pro with one of his wins coming before the final bell.

The man who made his debut in Mansfield back in October before returning at Bethnal Green’s famous York Hall venue in December was in against Eduardo Valverde over four rounds at super-featherweight.

Dixon, who’s looked after by the aforementioned WBO super-middleweight world champion Saunders in conjunction with MTK Global, dazzled in his home city and dropped the man who is based in Spain in the last round before the referee Howard Foster had seen enough and called a halt to proceedings with just 28 seconds of the contest remaining.

And there were wins for John Docherty and Callum Beardow.

Undefeated Scotsman Docherty took on Pablo Mendoza, extending his unblemished ledger to eight fights after dropping and stopping the Nicaraguan at the end of the first, while Dave Coldwell-managed Beardow outpointed Poland’s Pawel Martyniuk on referee Howard Foster’s scorecard by a margin of 40 points to 36.

:lol1: Title is mixed up, Tomlinson won and is now likely to face Jenkings, not the other way around lol