On April 21 in Czestochowa, Poland - former two division world champion Tomasz Adamek (52-5, 30 KOs) will headline a packed card in Poland. The popular Polish fighter is going to create some possible fireworks when he faces the very dangerous Joey Abell (34-9, 32 KOs) in a heavyweight clash.

In a cruiserweight bout, the rising Mateusz Masternak (40-4, 27 KOs) will be matched against the always durable Youri Kalenga (23-4, 16 KOs). 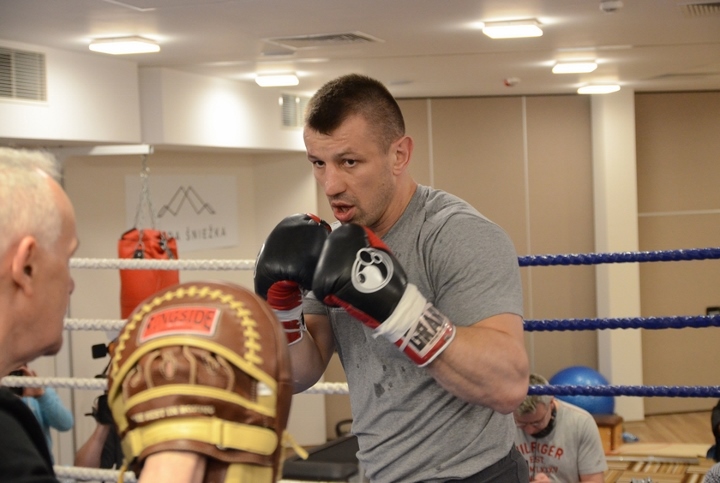 Adamek, 41-years-old and a former light heavyweight and cruiserweight champion, has continued his march in the sport.

After getting knocked out by Eric Molina in April 2016, Adamek announced his retirement from the sport - but by the end of the year he was already discussing a return to the ring.

Abell has won three fights in a row, including an upset knockout of Adamek's countryman, Krzysztof Zimoch, in the third round of their September 2017 clash. The American veteran is very dangerous with heavy hands that saw him win nearly every fight by knockout.

Masternak will attempt to extend his win streak to five, after picking up four wins in a row since losing a decision to Tony Bellew in December 2015.

Kalenga is coming off a twelve round split decision loss to Kevin Lerena.

Rising cruiserweight prospect Balski will get his stiffest test to date when he faces Grachev, who is coming off a ten round decision loss from last month against Imre Szello.

[QUOTE=paulf;18576671]Adamek wont rest until he's defeated every C and D-list heavyweight journeyman alive.[/QUOTE] If beats enough of them, he'll eventually become mandatory for one of the titles. Nice £1m to get knocked out in 3 rounds.

The Masternak/Kalenga rematch is fire! Adamek's corpse out-boxes this club fighter unless he gets caught with a big shot