Tomasz Adamek Downs Joey Abell in The Seventh Round

Hala Sportowa in Czestochowa, Poland - If you're curious, Tomasz Adamek is still an active fighter and rocks hard in his native Poland. This time the fourty-one year old former two-division world champion got his first stoppage win in two and a half years, stopping American gatekeeper Joey Abell late into the seventh.

Adamek was better than his foe but Abell did well in the first. He wasn't that successful in the second when Adamek engaged him in multiple exchanges, finally dropping him with a right cross. Both boxers fought hard in the third, and the fourth one was heated as well although the final word belonged to the native of Minnesota. The fifth turned into a wild shootout, which favoured Adamek at the end though both boxers were seriously hurt at one point.

A right cross dropped Abell late into the sixth but he somehow got it to the bell. He didn't last long though. He was dropped again in the seventh, got up again but then was dropped again and finally was stopped without a count. Adamek is now 53-5, 30 KOs, and a holder of the Republic of Poland heavyweight crown. Abell drops back to 34-10, 32 KOs. 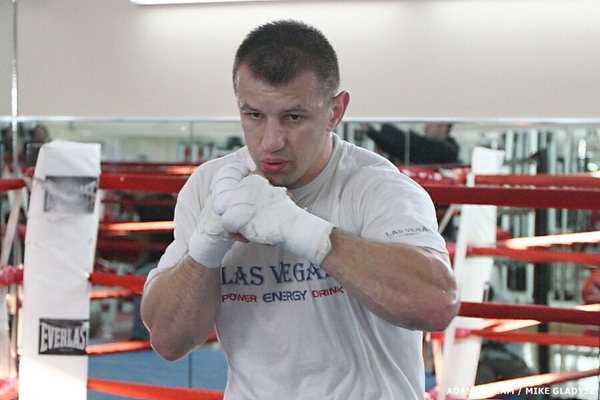 After the tedious first round, WBA #6, WBO #7 and WBC/IBF #8 rated Pole was rocked a couple of times by onrushing France-based Congolese, who was also warned for turning his back on The Master at one point. The Pole got more consistent at the end of the round and started to dominate Kalenga in the third. A hard right hook got a stern attention of Kalenga but he somehow weathered that storm.

In the fifth, Masternak showed his best boxing in years, peppering a dangerous kayo artist with left jab adding right hooks in succession to make it a very tough outing for the Frenchman. In the sixth, Kalenga looked a beaten man, and he was a beaten man and a desperate one, giving nothing in return for continuous pummelling. His corner saw nothing that could be offered to Masternak, forcing their fighter to retire in his corner before the bell to start the seventh round.

Masternak is now 5-0, 2 KOs in his recent run and definitely back into the mix. Nothing of the same could be said of Kalenga, who is 2-4 with two consecutive losses to drive him back down for a while.

Cruiserweight hopeful Adam Balski (12-0, 8 KOs) didn't impress but did what he should in a ten-round win over rugged but limited and smaller upset artist Denis Grachev. Balski, much younger and bigger than his opponent, looked superior to him with his athleticism and stamina, Grachev, 35, put his heart into the fight but it wasn't enough to really trouble the Pole. However, Balski was rocked several time in mano-per-mano encounters, meaning that Grachev wasn't there to be denied. Yet, Balski's power and activity allowed him to overpower the Russian.

After three years of being away from the ring, formerly world-rated light middleweight Damian "The Beast" Jonak (40-0-1, 21 KOs) came back for his milestone win and got it over dangerously hard-hitting (on paper) and fully untested (in real life) Argentinean Marcos Jesus Cornejo (19-2, 18 KOs). Jonak, 34, dropped Cornejo twice with left hooks in the second round but failed to get the job done inside the distance. Scores, nevertheless, were identical: 80-70 - for the Pole.

Robert "Arab" Parzeczewski (20-1, 13 KOs) continued his recent winning (and kayo) streak, getting a dominant fifth-round stoppage of Canadian light heavyweight champion Tim Cronin (11-2-1, 2 KOs). Croning was put on a knee in the first, continued to be pummeled hard in the next round, then dropped again with a left hook with thirty seconds left in the third and dominated all way after until Cronin was dropped by yet another one-two, referee Leszek Jankowiak stopping the fight right after that.

In a heated encounter between two light welterweights, that kicked off a huge night of boxing in Czestochowa, Michal Chudecki (11-2-2, 3 KOs) fought to a draw with fellow Pole Damian Wrzesinski (13-1-2, 5 KOs). Nicknamed TNT Chudecki was better in the first couple of rounds but then Wrzesinski evened things up by the mid-point. Both fighters started bleeding after an accidental headbutt in round five but nevertheless fought furiously till the very end of the eight-rounder. Final scores were: 77-75 - for Chudecki, 77-76 - for Wrzsinski, and 76-76.

[QUOTE=BigZ44;18693031]WAR ADAMEK!!! Keep making that money selling out stadiums in Poland to blast out gatekeepers!! Who next? Stiverne? Bowie Tupou? Chazz Witherspoon? Arreola 2??? All y'all fringe mother****ers can get a beating out in Poland, Adamek ain't never gonna stop!![/QUOTE]…

[QUOTE=nycsmooth;18695393]I did not know Adamek was still fighting I thought he was working as a carpenter haha..[/QUOTE] I'm not sure but I think that Tomasz Adamek was a mechanic specialized in home appliance before he became full time boxer, not…

I did not know Adamek was still fighting I thought he was working as a carpenter haha..

But in Poland everybody is laughing from "Pas Polsatu", which is a "champion belt" from TV station Polsat which organized most of (if not all) Adamek bouts in Poland. It would be a equivalent of Fox TV Champion Belt if…