Tom Schwarz Bounces Back, Stops Radek Varak in One Round

With the victory, Schwarz improves to 25-1, 17 knockouts.

Schwarz, who resides in Magdeburg, Germany, was coming off a second-round knockout loss to lineal heavyweight champion Tyson Fury on June 15 in Las Vegas. According to the Boxrec website, Schwarz is still medically suspended by the Nevada Athletic Commission, which runs until Dec. 13. 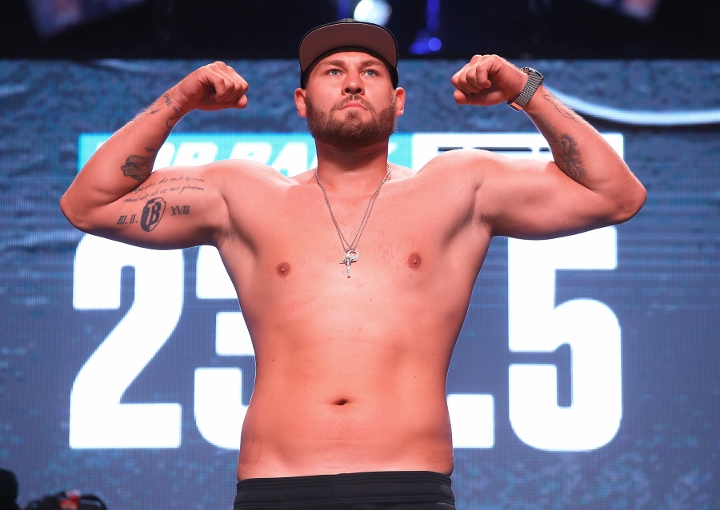 The taller Schwarz connected several times, particularly with lead and counter right hands, to the head of Varak. Midway through the round, a barrage of punches dropped Varak flat onto his back. Varak beat the count, but referee Ondrej Holubek immediately stopped the bout at 1:38.

The 42-year-old Varak, who resides in Usti nad Labem, drops to 6-8, 3 KOs. Varak had won three of his previous four bouts prior to the Schwarz fight.

Light heavyweight Adam Deines battered Josef Lehr (1-1) of the Czech Republic before the fight was stopped in the fifth round.

The 28-year-old Deines, who is originally from Russia and now resides in Magdeburg, battered Lehr in round five until Lehr’s corner threw in the towel, prompting referee Ondrej Holubek at 1:30.

I expect if it was AJ fighting Varek it would be considered an intelligent confidence building skill sharpening bout in preparation for the rematch.

This is very interesting because he was knocked out less than 90 days ago by Tyson Fury. Usually, the protocol in the states is for a boxer to wait at least 90 days after a KO loss before resuming his/her…

Finally some big news for August! I wonder what Fres Oquendo is doing. Maybe the reporter can give us an update next week.

[QUOTE=Deontay Wilder;19998840]Radek Varak can go back to the pub with his chin held high and celebrate with his homies. "I fought the man who just battled Tyson Fury and he couldn't even knock me out! That sissy ref gave him…

Who said August was not a good month for boxing fans?