Toka Kahn Clary believes he will become a better fighter after his most recent defeat.

In his last bout on May 17, Clary (26-2, 18 knockouts) dropped Carlos Manuel Reyes twice before the fight was stopped in round 5. It was Clary’s first fight since his unanimous decision loss to Kid Galahad on Oct. 20. 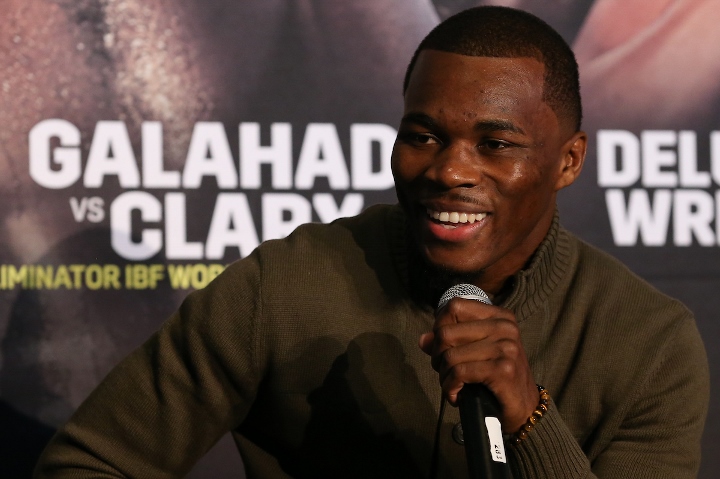 The southpaw Clary, who is originally from Liberia and now resides in Providence, Rhode Island, had his moments during the fight, but fell short against the unbeaten Galahad.

“It was a learning experience for me,” Clary told BoxingScene on Tuesday. “It was my first ever fight going 12 rounds. I did well against the caliber of fighter that is Galahad. I came up short and now I know what it is like to fight 12 rounds. I know if I have that opportunity to fight 12 rounds or Galahad, I will do a lot better.”

“This is a good comeback fight for me. I’m not taking Gonzalez lightly. I’ve worked hard and trained in the gym. I want to outbox him and, if the opening is there, go for the knockout.

The 27-year-old Clary, who is trained by Freddie Roach, has been training at the Wild Card Gym in Hollywood. He credits the recent sparring to correct any of the mistakes he has made from previous fights.

“I’ve been sparring everybody,” said Clary, who had won his previous six fights before the Galahad fight.

Clary knows a loss would be devastating to getting back to world title contention. He was ranked in the top-10 before the loss to Galahad.

A win would put Clary closer to another big opportunity. He also has the added motivation of his family.

“My daughter means everything to me. She’s the reason why I go to the gym to train. I want to give her everything and fighting and winning a world title belt would be everything.”