Tito Ortiz Says He Was Approached To Fight Mike Tyson

MMA superstar Tito Ortiz is claiming that the team behind Mike Tyson have reached out to discuss the scenario of a cross-sport boxing match.

Ortiz recently took to social media and called for a fight with Tyson, a former undisputed heavyweight champion.

Tyson, 53-years-old, has been out of the ring since 2005, when he suffered a stoppage loss at the hands of heavyweight journeyman Kevin McBride. 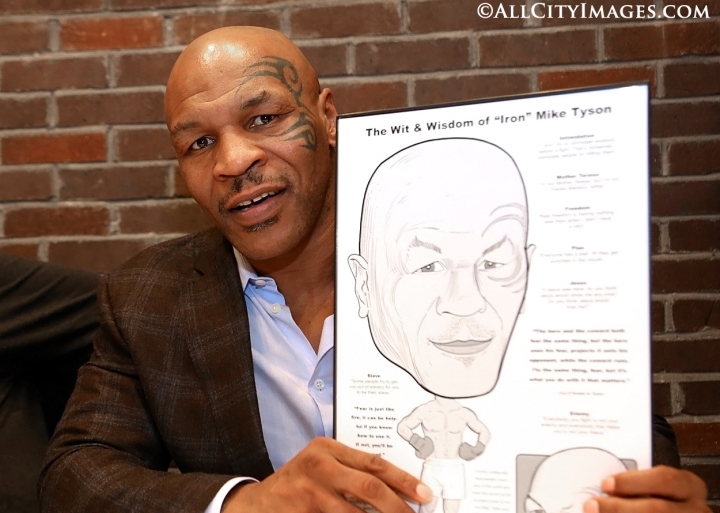 In the last few weeks, Tyson has been releasing video clips to showcase his speed and power.

The youngest man in history to win a heavyweight title is looking to have a few exhibition bouts to raise money for charity.

On Saturday, Tyson revealed that he's close to a deal to name his next opponent.

“I was watching Mike Tyson hit pads with one of my old trainers Rafael Cordeiro. And Tyson looked like the old Tyson, fast and speed and powerful. I was like, ‘Wow, Tyson’s going to make a comeback?’ All of a sudden two days later I get a phone call and someone started asking me, ‘What do you think about fighting Mike Tyson?’ I was like, ‘Really?’ This is the opportunity of my life. I’m in,” Ortiz said to TMZ Sports.

“I’m not sure if it’s going to be MMA or boxing yet. I haven’t even got that far. I think that we both have to be cleared by the athletic commissions. But, either or, I’ve been boxing for 20 years and my boxing skills have gotten better and better. I mean they may not be at the same level of Tyson, but has Tyson been punched in the face in the last 15 years? No he hasn’t. I have and I’ve been able to subdue everyone I’ve competed against in the last few years."

Ortiz is not the only MMA fighter looking to get in there with Tyson. Former UFC champions Ken Shamrock and Andrei Arlovksi have expressed their interest as well. Evander Holyfield, James Toney and Shannon Briggs are among the boxers who are angling to face Tyson.

Tyson's team members have been in contact with numerous parties - which they are keeping under wraps for the moment.

Ortiz is the last halfwit anyone would want to see. No charisma. Period.

[QUOTE=Pigeons;20577111]The average promoter has very little respect for the IQ of the average fight fan.[/QUOTE] Floyd vs Conor made over 4milions PPV buys ,so promotors are right to not respect avarage fan IQ

[QUOTE=Eff Pandas;20577340]Probably just a prank phone call, but Tito is too dumb to realize it. If Tyson does an exhibition vs any MMA guy it's either gotta be Fedor or Chuck Liddell. Tito wouldn't be among the top choice. I…

[QUOTE=whatismyname;20577453]Chuck would be knocked out by a staredown at this point unfortunately. And Fedor is takedown heavy puncher. Tyson would be better off vs Stipe, Hari or Cro Cop.[/QUOTE] Lol I don't disagree about Chuck. And this isn't about the…

[QUOTE=Eff Pandas;20577340]Probably just a prank phone call, but Tito is too dumb to realize it. If Tyson does an exhibition vs any MMA guy it's either gotta be Fedor or Chuck Liddell. Tito wouldn't be among the top choice. I…