Tim Tszyu’s ring entrance said it all, as another one bites the dust in his continued quest to rise through the ranks.

While the final scores accurate, the bout was more competitive than the stat sheet will suggest. Tszyu entered the ring to a remixed version of Queen’s “Another One Bites The Dust”, brimming with confidence that he would escape The Star Sydney casino with his perfect record still intact.

It required his going the full 10 round distance for just the second time in his young career. As was the case in the previous occasion, Tszyu was forced to overcome early adversity in ultimately crossing the finish line.

Camilleri came to fight, his most effective weapon being his right hand upstairs thrown from awkward angles. It wasn’t enough to floor Tszyu—as was the case when he hit the deck in the opening round of an eventual 10-round win over Wade Ryan in Oct. 2017—but was left with a cut over his eye from a clean punch in round two. 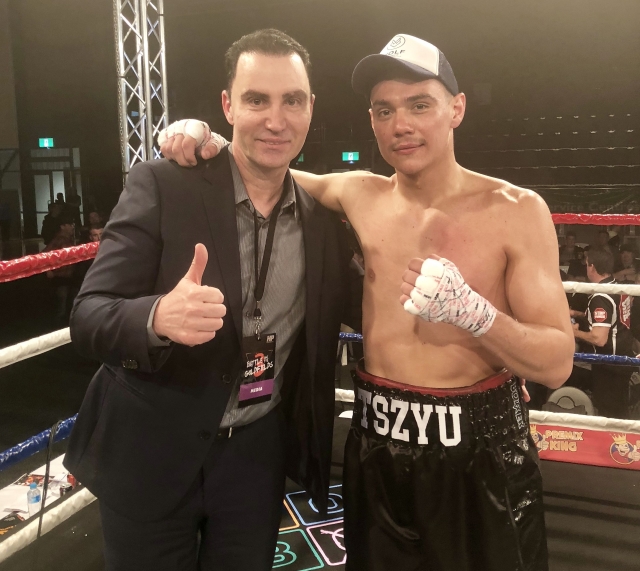 The sequence would serve as the lone scare for the unbeaten super welterweight, who put to use his superior hand speed to bank rounds through precision punching, landing at a much higher rate to offset his opponent’s relentless pressure.

Camirreli (17-6-1, 8KO)—who claimed the Australian 154-pound title less than three months ago in his most recent ring appearance—offered one last brave stand in rounds seven and eight, even if not reflected on the final scorecards. The 28-year old brawler continued to come forward, walking through Tszyu’s punches even if it meant eating two or three to land one of his own.

The tactic was noble if not ultimately sound. Tszyu closed the show in dominant fashion, fighting a nearly flawless 10th and final round in landing at will while barely taking a punch in return.

Tszyu now improves to 13-0 (10KOs) with the win. All three decision victories in his career mark the lone such occasions where he has been extended beyond the 5th round, making for exactly half of the 52 rounds he’s fought in just 2 ½ years as a pro.

While Tszyu owned the performance of the night, it was upstaged in part by the evening’s chief support. Jack Brubaker and Ty Telford waged welterweight war for 10 rounds in what was perhaps the best fight in Australia in years, even if it failed to produce a winner.

The lone score announced had the welterweight battle as a 95-95 draw. Both boxers were deemed winners on opposing scorecards, although the tallies weren’t publicly revealed.

Telford (5-0-1, 2KOs) remains unbeaten, but will regret not jumping out to a stronger start. The 21-year old fought in spurts early on before coming on strong late in the fight, rocking Brubaker several times in a 9th round that bordered on becoming a 10-8 frame even in the absence of a knockdown.

As it turned out, one would’ve gone a long way towards securing what would’ve been a career-best win. Still, the 27-year old Brubaker (15-2-2, 7KOs) deserves credit for surviving the storm and making things as difficult as possible for Telford and the judges in the end.

Also on the show, Brisbane heavyweight rookie Justin Hodges (2-0, 2KOs) scored his second consecutive 1st round knockout in as many pro starts.

The latest one, however, is perhaps more befitting the blooper reel than the highlight reel, as debutant Troy McMahon didn’t show any interest in fighting back, wobbling from a right hand shot barely seconds into the contest before being felled by a left hook. The portly New Zealander beat the count, but bore the look of a man with amnesia as the fight was waved off after just 23 seconds of one-way action.

The show aired live on Main Event Pay-Per-View in Australia.

[QUOTE=Mick Higgs;19744504]Tim should really take a trip to Leeds, England next month & throw the gauntlet down to the victor of the vacant Commonwealth title fight between J.J.Metcalf & J.Welborn!..[/QUOTE] He certainly needs a few more hard fights before taking…

Props to Jr Tszyu! I like the way he is being brought up the ladder. Not too big a step at one time but continually taking one step up. Seems to be improving and gaining confidence. Stays busy so maybe…

Tim should really take a trip to Leeds, England next month & throw the gauntlet down to the victor of the vacant Commonwealth title fight between J.J.Metcalf & J.Welborn!..