Thurman's Coach: Roach Will Lose A lot of Money on This Fight!

Pacquiao will challenge Thurman on July 20th at the MGM Grand in Las Vegas.

The Filipino superstar holds the WBA's secondary title in the weight class. 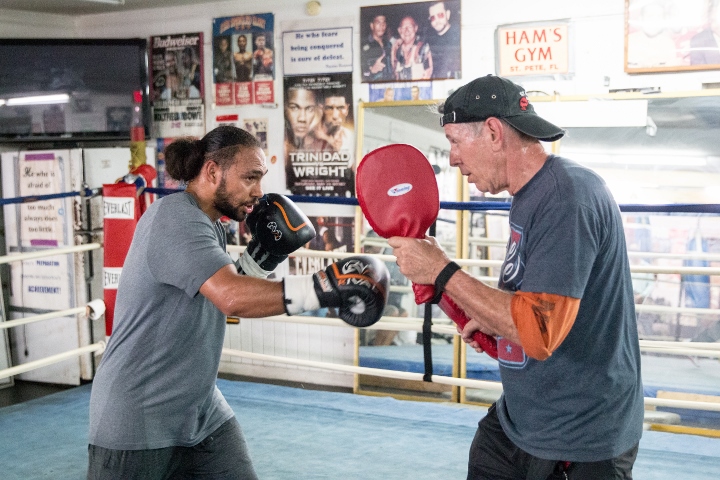 Thurman snapped a two year layoff back in January, when he struggled to win a twelve round decision over heavy underdog Josesito Lopez.

Because of that performance, he's not viewed as an overwhelming favorite to win the upcoming bout. In fact, there are more and more people picking Pacquiao to pull off the upset victory.

In a recent interview, Roach explained that he's going to bet the house on Pacquiao winning this contest.

But Birmingham warns that Roach is making a very big mistake in doing so.

“Freddie Roach is going to lose a lot of money,” said Birmingham. “When the fight is over Keith ‘One Time’ Thurman’s hands will be raised. Keith is going to win this fight and win it in fine fashion.”

Thurman has been trained by Birmingham since his original coach Ben Getty passed away ten years ago.

The training camp has been playing out at Birmingham’s St Pete Boxing Club gym in St. Petersburg, FL.

“This is a very important fight for Florida boxing and for our gym,” said Birmingham “From Winky to Jeff Lacy and all the guys who train and fight for titles, we have a lot of pride in Keith. This fight and holding this title means everything to our gym.

“Manny knows Keith’s a puncher, and that he brings youth and experience like Manny does. But Keith wants to fight, he’s anxious to fight and he’s got someone to fight for besides himself.”

This time is different I can see Manny looking for a KO in 1st RD. He knows Thurman will run for next 11 Rds.:boxing:

[QUOTE=Sinbad;19861789]I have a scary feeling that Thurman will start running from the opening bell. Pacquaio chasing him desperately in the later rounds and who knows maybe Thurman will win an ugly split decision. For the sake of boxing, charisma and…

I have a scary feeling that Thurman will start running from the opening bell. Pacquaio chasing him desperately in the later rounds and who knows maybe Thurman will win an ugly split decision. For the sake of boxing, charisma and…