Thulani Mbenge has passed every significant test thus far in his career. He faces another stiff test and on foreign soil, but an impressive victory could lead to more lucrative opportunities later this year and in 2020.

Mbenge will face Sebastian Formella in a clash of unbeaten welterweights Saturday night at the CU Arena Neugraben in Hamburg, Germany. 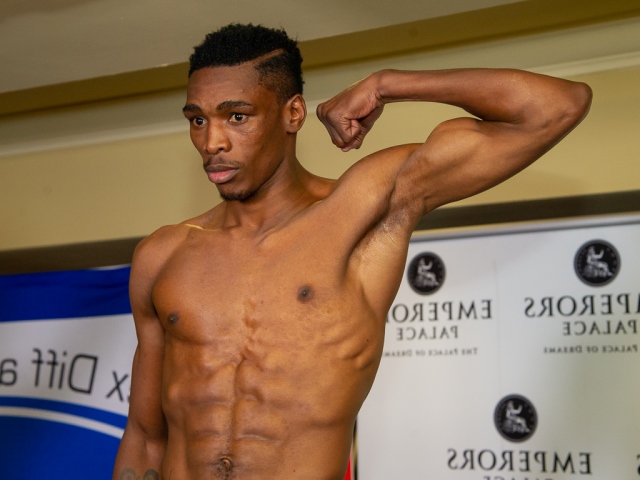 In his last bout on Dec. 8, Mbenge won by technical knockout when former world lightweight titleholder Miguel Vazquez did not answer the 10th round. The fight took place at Emperors Palace in Kempton Park, not far from Johannesburg, where Mbenge has fought his last nine bouts.

Mbenge (15-0, 12 knockouts) also has a seventh round knockout victory over Diego Chaves on June 23 of last year.

Longtime South Africa promoter Rodney Berman, who promotes Mbenge, has been impressed with what the unbeaten Mbenge has accomplished thus far.

“Mbenge is a talent and a genuine ‘player’ in a very vibrant and competitive division,” Berman told BoxingScene earlier this week. “Although he takes on (an) unbeaten Formella in his hometown, (Mbenge) will produce another masterful display.”

Berman stated Mbenge will not be overwhelmed by fighting in Hamburg, as he temporally resided in Germany. Mbenge has also faced the better opposition between the two fighters.

Like Mbenge, Formella (20-0, 10 KOs) has not fought since December, defeating Namibia’s Betuel Ushona by unanimous decision on Dec. 15.

Should Mbenge come out victorious Saturday against Formella, German already has plans lined up, including possibly fighting in the United States. Berman has stated he has spoken to a handful of U.S.-based promoters about Mbenge, who has an aggressive and fan-friendly style.

“My mission is to ensure as much international exposure as possible for (Mbenge). I’ve already put out feelers for his next outing to be in the United States. He is a hidden gem in the division.”