Tete Warns Donaire: Whoever is in My Way - I'll Take Him Out

South Africa’s WBO World champion Zolani Tete (28-3, 21 KOs) is in a ‘good place’ and thanks Floyd Mayweather Sr. ahead of facing the WBC Diamond and WBA World champion, American-Philippine Nonito Donaire (39-5, 25 KOs), in the 118lb WBSS semi-final on April 27 at the Cajundome in Lafayette, LA, USA.

“Preparations have been excellent for the fight,” said Tete before sending praise to legendary trainer Floyd Mayweather Sr., the father, and former trainer, of undefeated five-division champ Floyd Mayweather Jr.

“I’ve been out in Las Vegas and it’s been very enjoyable. Mayweather Sr. has been the x-factor which has psychologically uplift us to another level, he’s the last piece of the puzzle we needed for this fight.” 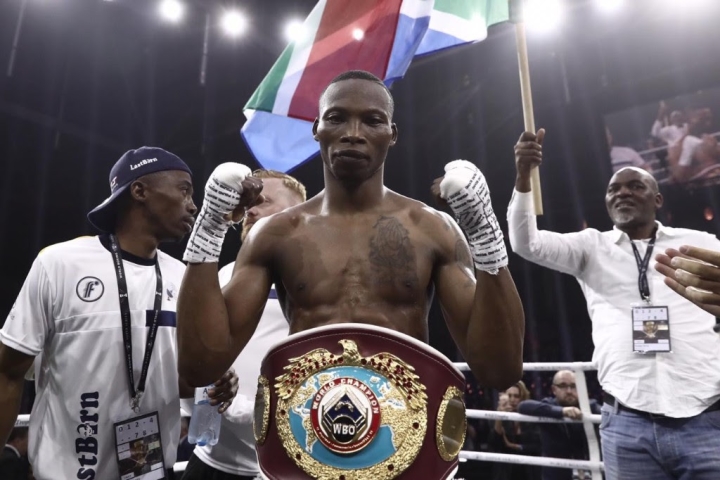 The task in front of him in Lafayette, Louisiana is a former multiple-time world champion in four weight classes and current WBC Diamond and WBA Super World champion. 36-year-old Nonito 'The Filipino Flash' Donaire is undoubtedly a legend in the game and says the tournament has made him 20 years younger.

Tete has respect for Donaire’s level, but feels confident ahead of the semi-final.

“I’m expecting a very good challenge from Nonito Donaire,” said Tete. “He may be coming to the end of his career but he is still a dangerous fighter operating at a high level, but it will be me who will come out on top in the fight. I’m in a really good place right now, feeling fit, feeling powerful and I can’t wait for the fight.”

Like Donaire, Tete also has his share of fame to claim. For example, when he defended his WBO title for the first time on November 2017, knocking out his countryman Siboniso Gonya with a right hook after 11 seconds, it was the quickest world title fight in history.

31-year-old Tete grew up in the Mdantsane township in South Africa and had a rough childhood that could have turned into a tough future if it wasn’t for boxing.

“I started boxing at the age of eight,” told Tete. “I believe training has kept me away from committing a crime. Some of my friends … they way they look now is terrible. I dedicate my boxing life to my mother, my kids, and my fiancée and want to make sure that they get a proper upbringing and a good future. I should assist them by not getting hit. From where I was I would never believe I would be here representing my country, representing my family and soon to be a unified champion.

“All the guys in the tournament are tough, but it depends when they meet me, if they are gonna bring their toughness, because there is one thing I know about myself and about my team. We can break you into pieces! Who ever stands in my way is staying in the rail way and the train will come … and take him out.”

In the other WBSS semi-final at the Cajumdome in Lafayette American Regis Prograis (23-0, 19 KOs), the WBC Diamond Super Lightweight champion, will be battling Belarus’ WBA title-holder Kiryl Relikh (23-2, 19 KOs).

Gonna be a good One, DAZN bout to Bring The solid fights now these next couple Of weekends! Can’t wait!

Dont blink Tete v Donaire can end in one big round!