Terry O'Connor Cleared By British Board in Phonegate Scandal

Terry O’Connor has been cleared by the British Boxing Board of Control after convincing them he did not have a phone with him at ringside when he was judging last Saturday’s fight between Lewis Ritson and Miguel Vazquez.

A picture of O’Connor looking at what appeared to by a phone in his hand during round eight of the super-lightweight clash at the East of England Arena, Peterborough, was widely circulated on social media.

Others claimed it was a trick of the light and was actually his pen and scorecard.

O’Connor had come under criticism for delivering a 117-111 scorecard in favour of Ritson, despite the Englishman appearing to be outboxed for the majority of the bout. 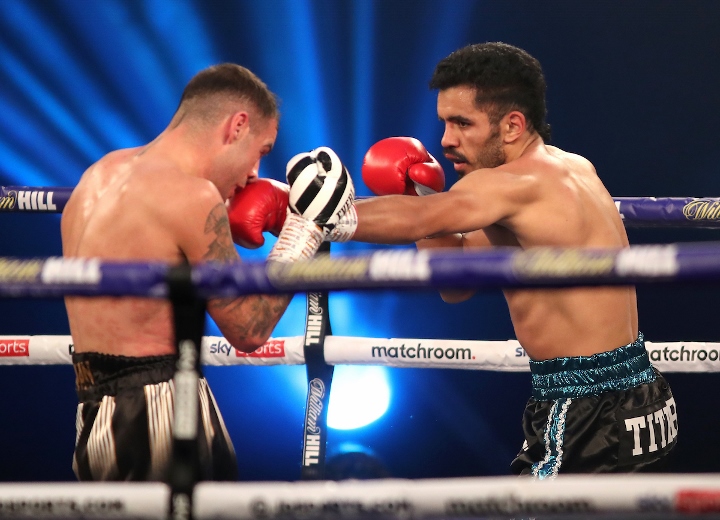 The judge, who has been referee and judge in numerous world-title fights, was called to appear before the Board’s stewards at their headquarters in Cardiff on Friday to discuss his performance and made to watch back footage of the contest, but they decided to take no action.

“Allegations made on social media and the print media as to Mr O’Connor using a mobile telephone or similar handheld device were considered,” a Board statement said.

“Following extensive consideration of footage and Mr O’Connor’s evidence supplied, the Stewards are satisfied that Mr O’Connor was not in possession of any telephone or handheld device whilst carrying out his duties as a Judge in the contest between Lewis Ritson and Miguel Vazquez and his scoring of said bout was not affected in any way.

“In addition, Mr O’Connor’s scoring of the bout was considered and whilst judging a contest is subjective and following Mr. O’Connor’s explanation of how he scored the bout, the Stewards are satisfied that Mr O’Connor’s final score reflected his own opinion of the contest.”

Promoter Eddie Hearn has led criticism of O’Connor, sharing a the still of the judge at ringside and demanding he be removed if it was a proved to be a phone he was looking at.

[QUOTE=Mooshashi;20834654]Boneheaded British Box of Cretins.[/QUOTE] Ha well I guess the time has come to hand out the 5k. It was tough to pick cos the quality of entries was so... umm.. nuanced, but I went for yours anyway. I accidentally…

[QUOTE=GlassJoey;20838641]British BSample Burial Company Boxing’s board of bribery crime[/QUOTE] Afraid I can only K you once, man, but keep 'em coming. Got 5000 points for the best offering.:boxing:

[QUOTE=Citizen Koba;20834546]Big Biased Board of C[I]o[/I]cks? Biased British Boxing Coonts? Blind Bullsh[I]i[/I]ting Boxing Crooks? 5k points to the best redefinition of BBBoC, gents. Over to you. EDIT: And a green K participation award to anyone even tries... we're shooting fish…

you're right, it was basic. How about Beseeching Bungs Beneath Contempt?