Terry Flanagan vs. Michael Ansah Set Down For October 11

Flanagan (34-2, 14 KOs) is part of next month's huge card, which is live on ESPN+ in the United States in association with Top Rank.

The Manchester star will be looking to make it two straight wins in 2019, following his impressive knockout over Jonas Segu in Liverpool back in July. 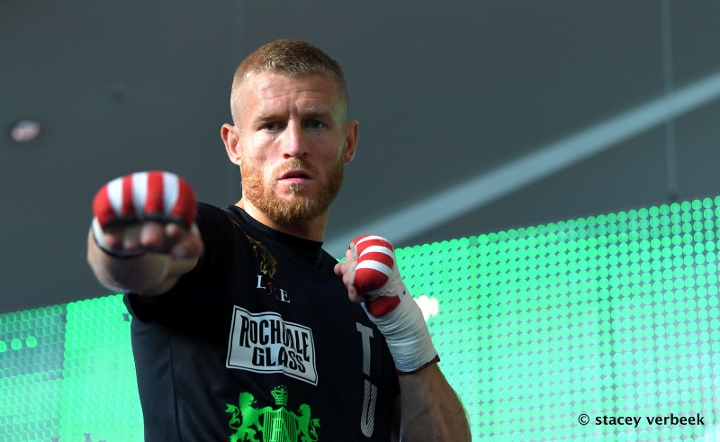 Flanagan said: “I’m delighted to be back in action again. Fighting in Belfast is something I’ve always wanted to do in my career and I can’t wait to compete at the iconic Ulster Hall.

“I was pleased with the win in my last fight and now it’s about building on that momentum as I work towards getting back in the mix at world level at lightweight.

“I’m looking to produce another major performance on October 11 that reminds everyone just what I’m capable of.”

This is as bad as when Flanagan "defended" his paper lightweight belt against 60-year-old Mzonke Fana and featherweight clubfighter Orlando Cruz in 2016. Seems to be a bit of a bumfighter who loses when he steps up in class

why is he fighting a super featherweight:ugh1:

[QUOTE=GlassJoey;20062551]Has Flanagan dropped Warren now? I wonder if he ever fights any of the other top UK lightweights[/QUOTE] Nope Warren has probably dropped Flanagan. He does this quite a lot, gets his fighters to fight a load of bums and…

Absolutely ridiculous fighting someone this bad