The opponent who'll be tasked with testing Terence Crawford next could soon become known.

“I had a couple of conversations with Bob [Arum] and [Top Rank VP of operations] Carl Moretti yesterday. And I feel that’s a big fight for UK TV, so we’re trying to help out and get that over the line,” Hearn told IFL TV. “I would love to see Kell get that fight. I think [Top Rank] had a conversation with Keith Thurman, and obviously they wanted too much money. It’s difficult at the moment … Crawford wants a lot of money, and Kell wants a lot of money. He deserves it. We’re trying to make that fight happen to assist Top Rank in getting the numbers together.” 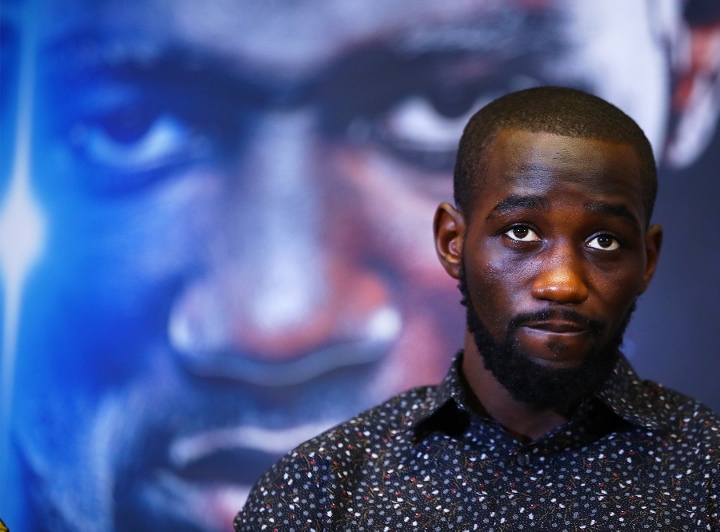 Arum has long been eyeing a November 14 or 21 return date for the Nebraska-bred, WBO welterweight champion Crawford (36-0, 27 KOs). By the time Crawford enters the ring, he will already have celebrated his 33rd birthday.

In recent weeks, Team Crawford has even entertained the thought of taking on Thurman, but such discussions immediately hit a snag once “One Time” reportedly asked for $10 million.

The list was made up of Manny Pacquiao, Shawn Porter, Yordenis Ugas, Thurman and Brook.

Former IBF welterweight champion Brook (39-2, 27 KOs) appears to have the most probable chances to land the Crawford fight.

Brook said he would retire in the ring if he lost to Mark DeLuca in February, a fate he escaped when he scored a 7th round knockout win.

The 34-year-old Brook is riding a three-fight winning streak after suffering back-to-back losses to Gennadiy Golovkin in 2016 and Errol Spence Jr. in 2017.

Crawford has not fought so far this year.

His 2019 was highlighted by TKO wins over Amir Khan and Egidijus Kavaliauskas in fights that took place at the Madison Square Garden in New York.

[QUOTE=theface07;20745160]I have a low tolerance for stupid BS and there is large amount of that to go around nowadays. Creating a legacy means facing the best of your era and having success. Not only does this put you in the…

[QUOTE=revelated;20740190]Apparently you didn't know that, since you said that both guys "broke both" sockets. Which was false. Just admit you got it wrong, bro. It happens[/QUOTE] You misread my post bro. Obviously Golovkin broke one eye socket and Spence broke…

[QUOTE=Walexhris;20744980]Lol....now I know you, you have a short fuse. Why don't you become a boxer and teach these fighters how it should be done. If you're too old, get your kid into boxing.[/QUOTE] I have a low tolerance for stupid…

[QUOTE=theface07;20740089]Creating a legacy means good matchups where neither side is a huge favorite going in and thus, proper competition and entertainment for the real fans who want to see the best beat the best. WTF are you babbling on about?…

Is there anyone that didn't predict this fight coming?