Teofimo Lopez To Devin Haney: Shut The F--k Up Kid, You're Annoying

Saturday nights were predominantly saved for boxing, but with coronavirus putting a stop to the sweet science, some of the sports stars are getting feisty on social media from a distance, as lightweight champions Teofimo Lopez and Devin Haney exchanged blows in the written format on Twitter over the weekend. 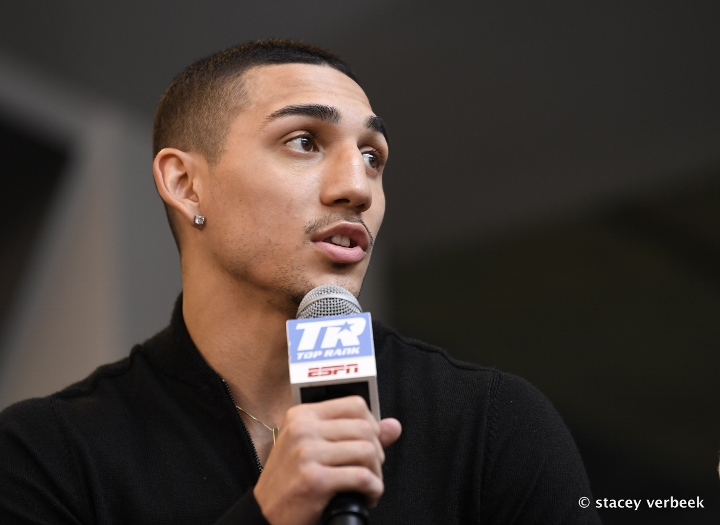 It all started when the 21-year-old, recently reinstated WBC champion Haney (24-0, 15 KOs) wrote: “When you “so called” don’t fight nobody it’s one thing if nobody wants to fight you it's another thing. I will bet 7 figures on myself against anybody in my division! #Boogeyman.”

The 22-year-old IBF champion Lopez (15-0, 12 KOs) presumably took the overarching shot at 135 pounders a bit too personal and promptly fired off “shut the f--k up kid.. damn you annoying!!!”

Haney replied back in the wee hours of Sunday Morning, saying “you ducked me in the WBC tournament and you damn sure don’t want to fight me if you beat Loma? Stop the bullsh-t!!”

The social sparring session should be a welcome sight for fans in potentially pitting two of the sport’s most talented fighters in the future.

Lopez has his sights set on fighting Vasiliy Lomachenko in his next bout, while Haney, who is recovering from shoulder surgery, is in line to be matched with Javier Fortuna.

I like Haney but he has fought absolutely nobody so he needs to stfu and fight someone like Campbell or Fortuna to prove that he's a real champion.

Teo is right Haney is quickly becoming Broner annoying dude is ****y as fucck yet he’s literally beaten no one. Ppl like to call out Ryan for not facing anyone but act like Haney has lol Ryan has the better…

Good fight put this bout together

[QUOTE=champion4ever;20511980]Race baiting at its finest hour.[/QUOTE] you should encourage him to keep it up